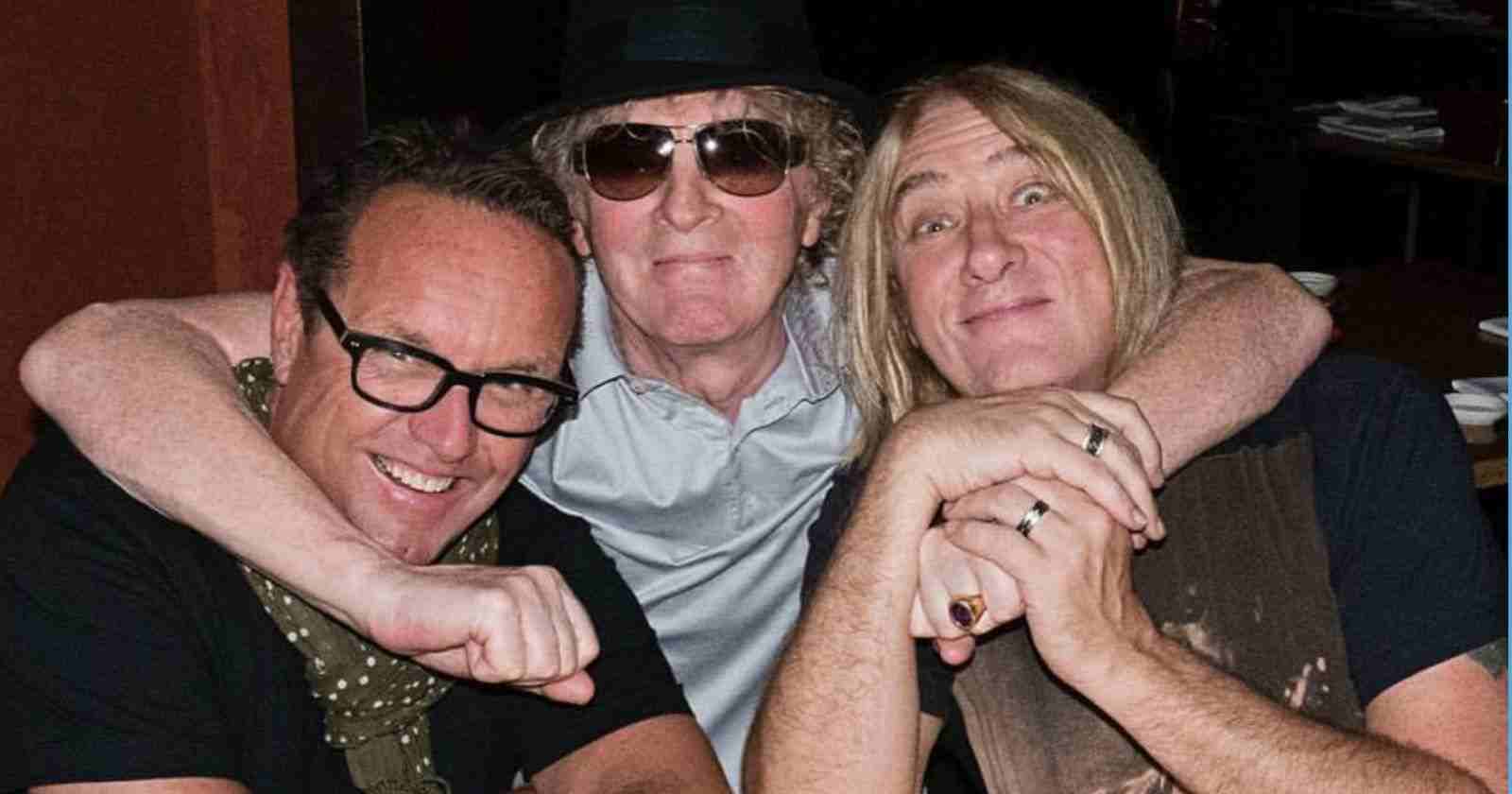 Def Leppard singer Joe Elliott elected in an interview with BBC Radio Mott The Hoople’s singer and guitarist Ian Hunter his rock god. The musician that is a huge fan of the band explained why Hunter is so important to him.

“I first met Ian on the 4th of June 1977 at the Doncaster Gaumont. Me and a couple of friends of mine had traveled from Sheffield to go watch the gig. We were 17 and 18 years old, it was the summer, it was a beautiful day, we spent the whole day wandering around Doncaster, then eventually got to the show, watched the ‘Overnight Angels’ [1977], fantastic gig, great album, great gig.”

“We snook backstage afterward, as you could in those days, and up the stairs along the corridor, knocked on the door, and Earl Slick, his guitar player, opened the door and let us in. So we had photos taken, stood and chatted with him for about half an hour. Then I finally got to meet my hero.”

“Well, cut to three years later, and I’m in a band, and I’ve made an album, and it’s 1980. I’m in New York on a day off, and Ian Hunter is playing The Ritz in New York. So our record company organized tickets and passes and I met him again. But this time as a musician that he’d kind of heard of – if you like.”

“All the way through the ’80s, we kept bumping into each other. I would go to his gigs and eventually I started getting up performing with him. I think I’ve done ‘All the Young Dudes’ about 6,000 times with Ian. He’s even been up on stage with Def Leppard and done it a couple of times so there’s a bond there.”