The polish band Decapitated was arrested last week accused of kidnapping a woman at their Aug. 31 show in Spokane, Washington. After that the group was also accused of gang-raping the woman in question.

After letting their legal representation address the media, they offered their first public statement on social media. 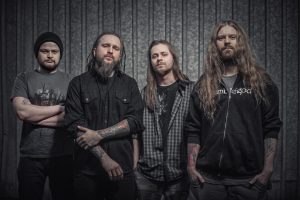 “While we are not perfect human beings, we are not kidnappers, rapists, or criminals. As such, we strongly deny the allegations that have recently been brought against us.”

“We ask that everyone please reserve their judgement until a definitive outcome has been reached, as charges have yet to be pressed. Full testimony and evidence will be presented in due time, and we have faith in that process.”

“We would like to point out that the statements in the published police report were given prior to an arrest. At that point, no member of the band was aware of an active warrant being issued.” 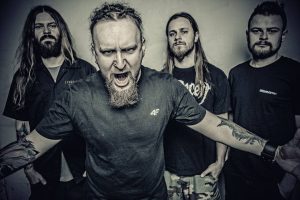 The group said that since the court proceedings have provided an expected amount of uncertainty, they’ve decided to cancel their current touring plans out of respect for fans and promoters.

The group’s social media platforms had been temporarily suspended, but the group reactivated them long enough to post their new message.

The band members appeared in court in Santa Ana Tuesday (Sept. 12) and will remain jailed until their extradition to Washington where there alleged incident took place. The extradition could take up to 30 days.