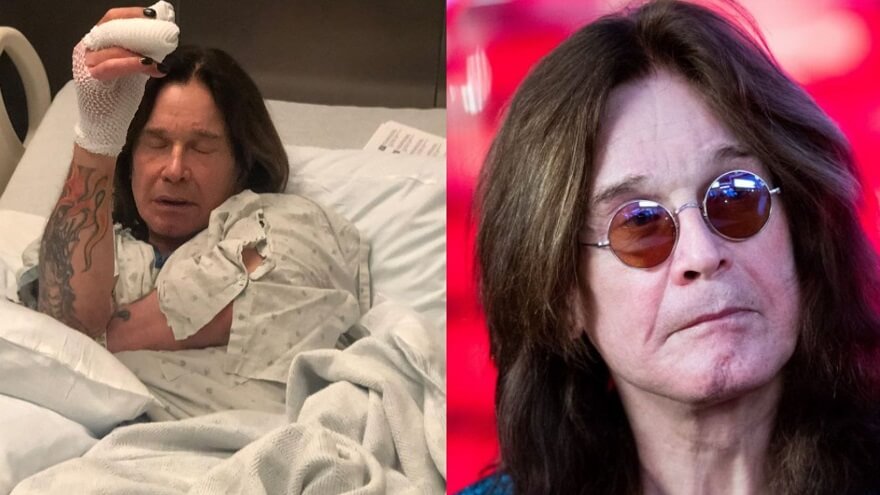 Ozzy had to go to the hospital for a few days due to an infection in his hand and he also had to go under surgery in two different occasions to solve the problem. Now, he revealed that the infection that made him cancel all his tour dates for 2018 could have been passed by a fan.

He discovered that he have three staph infections in his right hand that was that was contracted after germs made their way into his bloodstream through an insignificant cut on his thumb.

The surgery to prevented the permanent damage or even death that this germs could cause. Ozzy is currently recovering from the procedures.

In a interview with Rolling Stone he revealed that the infection probably came from a fan:

He thumb was “the size of a fuckin’ lightbulb. I freaked out,”

“I didn’t feel sick, so I was cracking jokes,” he says. “The doctor said, ‘I don’t know if you realize, Mr. Osbourne, this is a very serious problem you have.’ Sharon said, ‘Would you stop fucking making jokes?’” “So I said, ‘Well, it’s my hand.’” The thing was, nobody was laughing. “They’re all extremely, deadly serious about it. I judge it based on the expression and the body language of the doctor. If he comes in with a really solemn face, I go, ‘Oh, OK. My time to go is up.’” He laughs.

First, the doctors froze his thumb. Then they went in. “You put your thumb in front of your face on your right hand, they went in by the side of the nail on the left side for the flesh under the nail,” he says. “They cut all this stuff out. Even with the numbing stuff, it was agony. It wasn’t pus, but it was the stage after pus, when it gets in the blood and goes in your body and fucking kills you. It may sound fucked up what I’m saying to you, but he was really concerned about checking my blood.”

He asked the doctors how he could have gotten the infection: 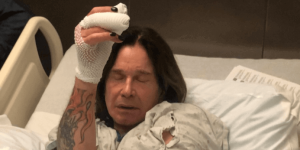 “The doctor said to me, ‘Can you remember talking to someone and shaking hands?’” Osbourne recalls. “Well, I do that meet and greet at the gig and I must shake fucking 200 hands a day. He said, ‘That explains it.’”

About the medication they gave him on the hospital:

“I could hardly move,” he says. “I really had no energy.” The thing that “got [him] out of the blues” was eating ice cream, he says. After spending a little less than a week in the hospital, he was sent home with a special soap for his hand and was told to soak it twice a day for about 10 days. “I said to Sharon, ‘What the fuck am I gonna do for the gig?’” he recalls, before they postponed the first show. “Then the doctor said, ‘You must be fucking crazy. You get another staph infection, and you could die.’ He said, ‘One’s enough. You’ve got three individual ones.’”

Once he made it home, he realized he had a whole other set of problems. “I haven’t been able to do anything,” he says. “I’m right-handed. You can’t wipe your own ass. And I didn’t have many fucking volunteers who would do it for me.” Osbourne laughs. 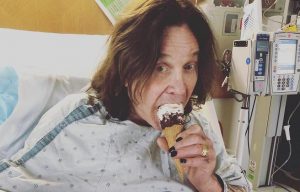 He started visiting with his specialist three times a week (he’s now down to one visit a week). Asked when he started to feel more like himself again, he laughs. “I don’t think that’s possible,” he says. “To be honest with you, I didn’t feel that bad all along. I said to the doctor at one point, ‘When can I work out?’ He said, ‘You can do whatever you like, but I don’t advise you to for at least 10 days.’ I tried working out for two minutes and I thought I was gonna fuckin’ die, because the antibiotic knocks the wind out of your sails big-time. So I went, ‘You know what? I’ll let the doctor be the doctor and I’ll be the patient.’ So now compared to what I was like, I feel about 85 to 90 percent better. So I’m well on the mend.”