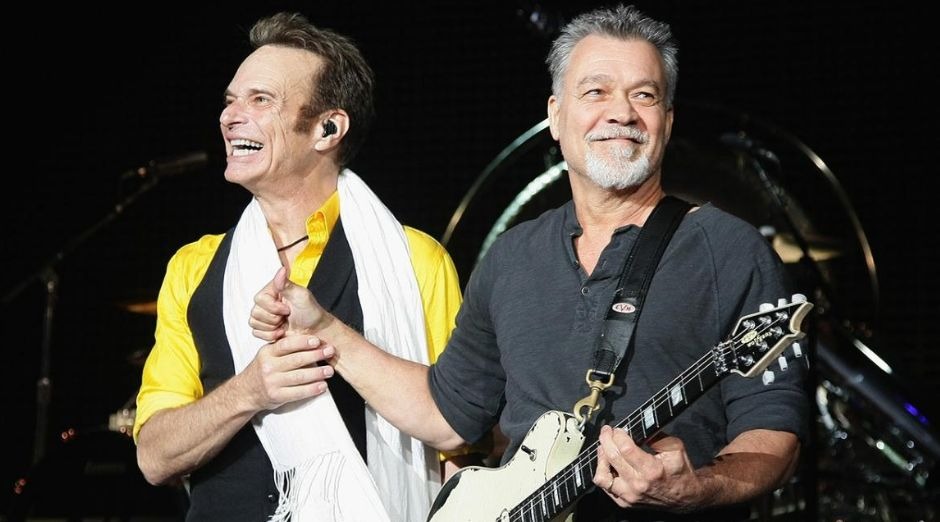 In an interview with Lexgo, from Kentucky (USA), David Lee Roth once again spoke briefly about Eddie Van Halen.

“What I do can be derailed by a whole lot of things. My closest, dearest colleague Edward (Van Halen, the band’s guitarist and co-founder, who is reportedly dealing with cancer related issues) has run up against the wall on turn three. He’s not doing well. I’ve heard only what you’ve heard. I have not seen him in some time.”

About Kiss, the band for whom he is opening the shows, David said:

“Kiss has transcended the bias of music the way Cirque de Soleil or Blue Man Group has. I, myself, would recommend to them if that, in fact, this is the final tour, perhaps go Blue Man Group. Why couldn’t there be six variations of Kiss traveling on the continent because it includes so much more than the music. It begins with the music, but it extends into theatre and, I’ll say with respect, circus.

“For myself, I’m calling this ‘The Last Tour Unless It Isn’t.’ Once I throw in the shoes, though, I’m thinking of going Lassie. There will be five of me touring and, allegedly, one of them will be a girl. You’re going to have to come and see the shows. Several times.”