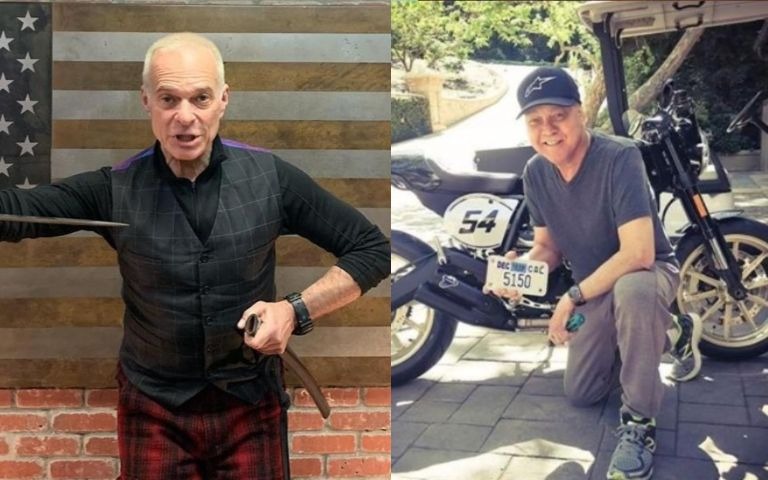 Vocalist David Lee Roth gave a curious interview to Marc Maron’s podcast, transcribed by IHeart.com, in which he talks about his relationship with brothers Eddie and Alex Van Halen, respectively guitarist and drummer of Van Halen.

Roth has returned to the band in the past decade, and since then they have recorded one album (“A Different Kind Of Truth”, 2012) and toured together, but even the relationship was not able to ease the problems between them.

DLR said that besides their similar upbringings, him and the band have alway fought whey there were a team. For some reason, the different way of thinking didn’t stop them forming the band and become successful.

But in personal life, he couldn’t even have a dinner with them

“Can you sit down with the fellas and have dinner and stuff?” Maron queried.

“Nope. Nope. Not even close,” Roth replied. “This is not a golf club. This is a little closer to The Wild Bunch, right? There is a fury and an antagonism and what comes out of that, when it’s good, oh man, that’s retina-bursting. That’ll change your f—ing haircut.”

“We were at each other all throughout the tour,” Roth explained. “You’ve got to be mature enough to understand.”

The most common refrain during intra-Van Halen fighting is “What the f–k are you thinking?”, David says.

“And it’s constant. And then you assign yourself to the producer who will either take Eddie’s side or my side; you’re either a Dave guy or an Eddie guy. You’re all mature enough to understand that we’re all pirates here. Of course you’re gonna betray me.”

In interview he didn’t talked about the band’s reunion but revealed that there were plans for him to meet with the band in the weeks following the interview.