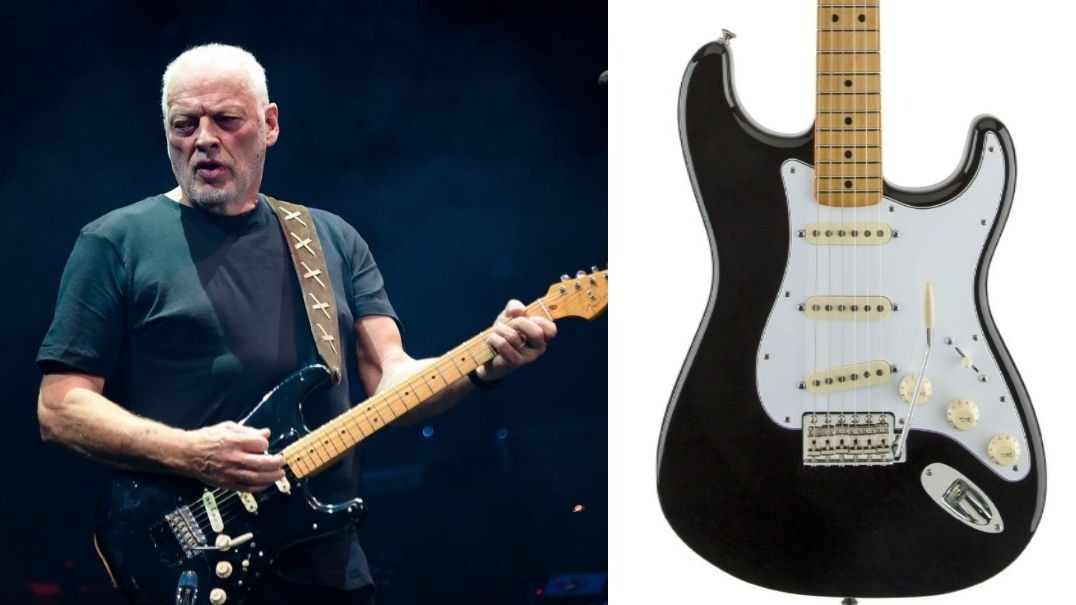 “The Stratocaster tends to enhance the personality of the person playing it.

“People playing Fenders are more recognizably themselves than people playing some of the other well-known guitars.”

David also explained that the solo in “Another Brick in the Wall (Part 2)” didn’t feature an amp at all.

“There was one guitar trader in New Jersey who had the 1955 Les Paul on his list. It was all gold – the back and the sides and the back of the neck, and it looked great. I bought it and had it sent to LA where we were working on The Wall album.

“Not long after it arrived, I used it for the solo on ‘Another Brick in the Wall (Part 2).’ We injected it straight through the desk and onto tape, not through any amplifier, at all. I’ve always loved that guitar.”

The Fender Stratocaster is a model of electric guitar designed in 1954 by Leo Fender, Bill Carson, George Fullerton, and Freddie Tavares. The Fender Musical Instruments Corporation has continuously manufactured the Stratocaster from 1954 to the present. It is a double-cutaway guitar, with an extended top “horn” shape for balance.

Along with the Gibson Les Paul and Fender Telecaster, it is one of the most-often emulated electric guitar shapes. “Stratocaster” and “Strat” are trademark terms belonging to Fender. Guitars that duplicate the Stratocaster by other manufacturers are usually called S-Type or ST-type guitars.

The Stratocaster is a versatile guitar, usable for most styles of music and has been used in many genres, including country, reggae, rock, pop, folk, soul, rhythm and blues, blues, jazz, punk, and heavy metal.