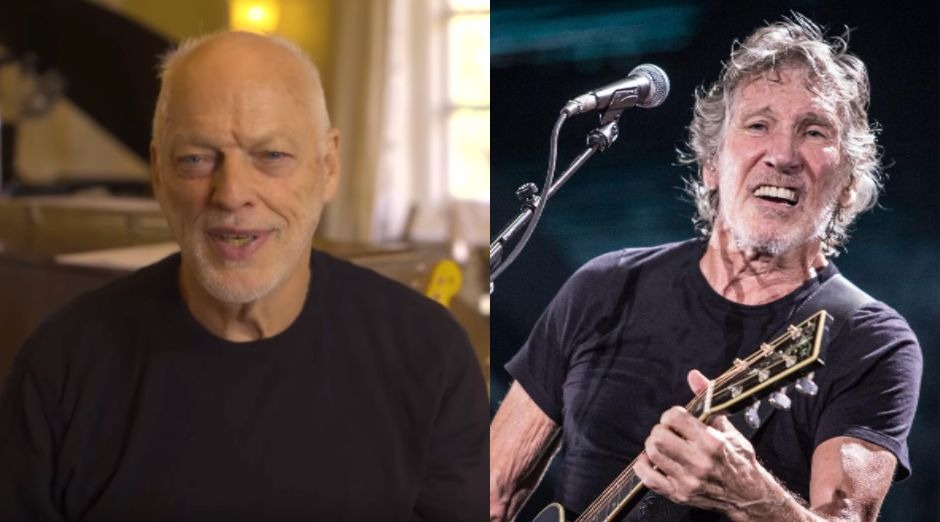 David Gilmour gave an interview to promote to promote the project entitled “The Later Years“, that relaunches the album “A Momentary Lapse Of Reason” and the live “Delicate Sound Of Thunder”, also featuring unreleased recordings between 1987 and 1994.

And on this interview, David Gilmour explained the feeling of following with Pink Floyd without Roger Waters and that for everyone was something that made them feel free.

In 1985, Pink Floyd surprised the audience when it somehow chose to pursue activities without singer, bassist and songwriter Roger Waters. Without him, two albums were released – “A Momentary Lapse Of Reason” and “The Division Bell” – between the 1980s and 1990s. Soon after, the group went on hiatus and only in 2014 was a final project released with sketches of some songs.

David Gilmour said about Pink Floyd without Roger Waters and carrying on:

I always knew i wanted to carry on. Nic (Mason) seemed keen. I bumped into Rick (Richard Wright) in Greece on holiday that summer and talk to him about the possibility of carrying on and he was also very keen. Initially we met up on the boat in 86.”

“Bob Ezrin i got in because he had done the Walworth back 79 and he worked on some some albums with me. I’ve learned a lot from Bob and he’s a valuable person to have on board. We started working on piece of music i attend in writing and come about Christmas time we had some good shape. We knew it was going well.”

“One day i just felt this thing coming on me, which became “Sorrow”, i wrote five verses one evening, they just flowed out from nowhere and there’s great serendipitous moments that you recognize later as having been very valuable, i wrote the words first, i wrote the music afterwards that i went in and demoed it all one in the boat. I guess that was kind of a turning point, i knew that were on a good roll and this thing was going to work”.

“I felt confident you know, that the record companies would want us to an album, would be happy to take a good album from us. Obviously is different, Roger (Waters) not being there, but in some ways we felt freed up the tensions of the last couple of albums, you know, particularly in the Final Cut. We were gone and it was just together, writing and putting stuff down and there was a sense of freedom and optimism.”

“As well as this there was the lawsuit thing going on which is a bit pain i the ass but there you go. Eventually we move to Los Angeles, we had a deal with Ezrin and he insisted that if he came to England for us three or four months or however long it was, God made it six, that we’d all go and finish it off in Los Angeles. And brilliant studios in Los Angeles and any number of great musicians that you can call up at the drop of a hat to come on take part of course all the legal offices in England were shut for the night by the time the dates start in Los Angeles.

“The freedom of being out of touch, out of contact a little bit with all was going on back in England and help the flow, you know it was fun. And of course, i had Anthony Moore who was a friend of mine and who is a lyricist and he came up with some very good lyrics on that album amongst them “Learn To Fly” and “On The Turning Away”. WIth that backboned to it all several songs we’ve thought we already were on our way.” 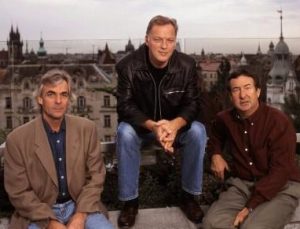 “Of course it was a moment where there were all these new technologies burgeoning through the early eighties, lots of new synthesizers and then technology that we embraced rather to radly i think in retrospect. To me the one thing about the album that gave me pause for thought after we’ve done it was that maybe it could be made a little bit more timeless with more of the traditional instruments that we were used to playing with them.

“That was something that seemed to me that the album could benefit from. So that’s one of the reasons i wanted to go back in and do some work on it again. And we also found keyboard parts of Rick’s on hammond that had not been used before and we came up with a new feeling for the album and it know has a slight more lightness of touch and a more timeless feel to it i think.”