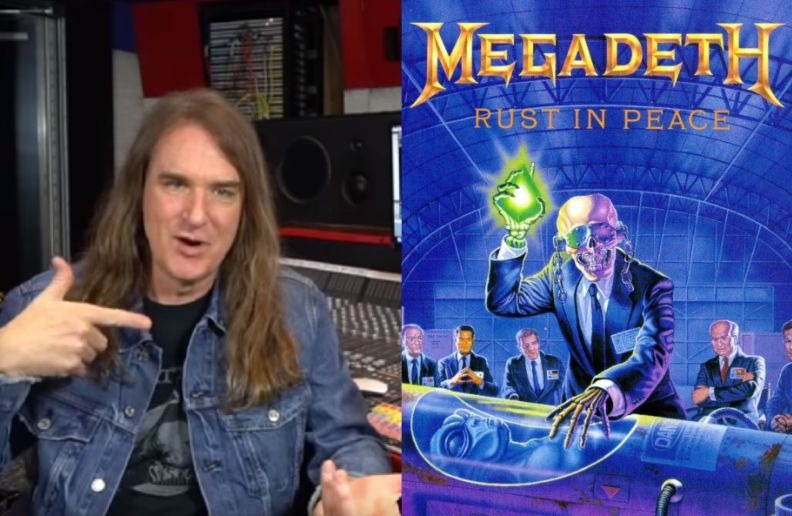 Megadeth shared a video of the bassist David Ellefson where he reveals his inspiration to write the 1990’s classic track “Holy Wars” that became an anthem for the band.

“On the [1988’s] ‘So Far, So Good… So What!’ tour, we made a trip over to Ireland. First, we played in Dublin, then we went up to Belfast. At the time, there was a very clear division: it was peaceful down in Dublin; up in Belfast, not so much.

“In fact, I remember getting to the hotel, walking across the street to go to a burger joint and a tank literally drove in front of me on the street. [Laughs] And even at the border check, there were guys with rifles coming out of the bushes… It was something we Americans were certainly not used to.

“Dave [Mustaine] can tell the story very well – a fan came up to Dave and made a really kind of snotty comment to him. He [Dave] asked the locals, he said, ‘How come they’re selling our merchandise here? They can’t just sell our merchandise out in the open.’

“And he said, ‘Oh, it’s for the cause’ – the cause being the political party that was essentially ruling Belfast at the time. And that was when we learned about the division of the Protestants and the Catholics and essentially everything that I guess U2 sang about in [1983’s] ‘Sunday Bloody Sunday.’

“And there we were, experiencing it right there. They were selling our own t-shirts right in front of us and taking the money and there wasn’t anything we could do about it.

“At the show that night, Dave made a comment: ‘Give Ireland back to Ireland, this one is for the cause’ or something like that, and when we came off stage, we were immediately whisked to the bus – it was bulletproof and we were whisked out and back to the hotel.

“When we woke up the next day, we had to drive all the way back down to Dublin. It was one of those moments where you realized we were basically whisked away for our own safety so that we weren’t shot or held captive up in Northern Ireland because it was almost a different country within Ireland at that time.

“So from that – it raised these questions. As Americans, we didn’t know. We have religious freedoms and we have these different rights and freedoms under our constitution.

“But to really be there and experience that, that essentially was the lyrical frame for the whole song ‘Holy Wars.'”