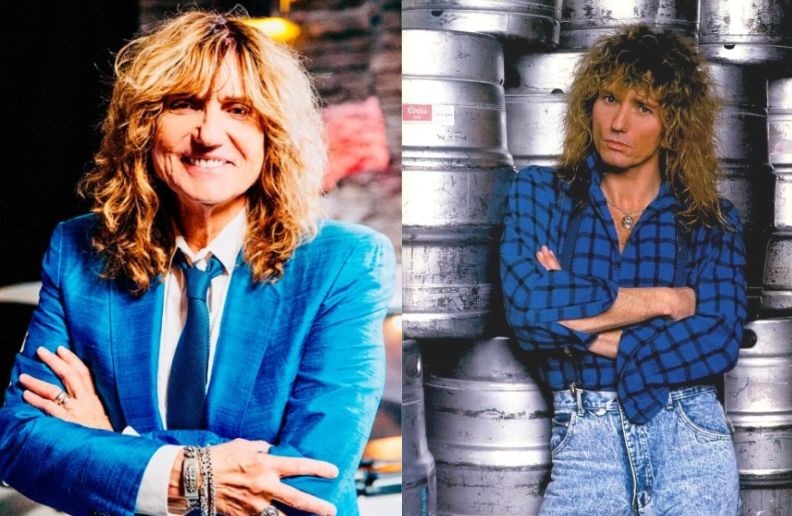 In an interview with Rock 100.5, the legendary Whitesnake singer David Coverdale talked about the band hits and about his life, that he says it’s a party.

“When I was coming to my 30th birthday, I thought, ‘The fucking party is over.’ That was 37 fucking years ago. My god, jeez… amazing.”

Are you telling me it goes downhill from there, David?

“No, let me tell you, I’m the living proof it fucking don’t. I was 35 when I wrote ‘Here I Go Again.’ I’ve done an interview for People magazine and the guy, the twat who covered my story, said, ‘David Coverdale, the most happening has-been in music history.’

“I was reminded the other day – I’m pretty prolific as a writer, and so I was kind of somewhat distressed when Geffen said – very powerful small company, we ended up having an amazing couple of years together – that they were absolutely behind the idea of the song and that the song could be a smash hit if it was re-recorded.

“I’m not Mr. Re-record, I’m not Mr. Nostalgia – but I honored the request and of course, the rest is fucking history. It’s the most successful song in Whitesnake’s substantial catalog and continues to be.

“Let me tell you, when I meet and talk to so many people around the world via social media or in person, everyone’s got a fucking ‘Here I Go Again’ story – that it was part of the backdrop of some of the hard times in their lives, which is wonderful to hear that a piece of music that I was involved with helped people through a crisis or gave them the necessary B12 to start over.”

It’s crazy because I honestly have used ‘Here I Go Again,’ like, when I am down at the dub sometimes, I had an engagement and ended and I was, like, ‘What’s life right now?’. And then I knew your song, I turned it and it just instantly put me in a better mood.

“Well, thank you, that alone is worthwhile as a composer – to hear that. And, of course, the video we made which is over 50 million fucking views had nothing whatsoever to support the theme, nothing.”

You had considered retiring after 2016?

“My wife has ordered me to stop using that word because it comes back to haunt me every time. I’ve retired more times than Frank Sinatra.

“So I’m just gonna go until my body goes. Actually, my body was telling me in 2016, I didn’t go public until recently that I’d been suffering, in my knees, for about 10 years, with degenerative arthritis.

“When I see people have trouble getting up out of a chair in a restaurant or in the street, just, my heart aches for them immediately, because it was miserable for me.

“And, basically, for 10 years, we’d been covering it up with shots, injections and stuff for tours – pain-killing ointments – and I was fine onstage until I had some shots in South America, and they were hurting me through the show.

“Now, when I go on stage, I go into the zone. I don’t know what the hell I’m doing. My job is just to have fun with the audience and encourage them to have fun.

“I totally trust my band to kick ass, ’cause that’s the driving force behind me, and the energy from the crowd, which is the intense power crowds have, how the evening’s gonna go, and channel that energy back to them – constant refueling from the audience and sending it back.

“But to be pulled out of the zone by insane bone-on-bone pain was – ouch. And that happened in South America. And, fortunately, it was near the end of my tour cycle.

“There was no question – had I not gone in to have knee replacement surgery for both knees, I would have certainly been in a wheelchair, and I could not see myself within that picture.

“I didn’t have the courage to say, ‘Let’s book a world tour,’ ’cause I had no idea how my knees were gonna be. I was doing physical therapy for over a year every day of the week to rebuild strength and stamina.

“And I’m just not the kind of performer who just stands there and sings. I have to work that stage and interact with the audience and my musicians. I went in to see my surgeon. I said, ‘I’m gonna go out for two months.’

So, ‘Flesh and Blood,’ the new Whitesnake album, you went through a lot personally before you made this, like, leading up to the album?

“Yeah, we wrote 18 new songs while I was recovering, it was a very uncomfortable condition to be in. When I was a kid, I saw the first James Bond movie with the incredible Sean Connery and I thought, ‘Oh, that’s a good job.’

“I was a working-class kid and I saw this, you get to play with beautiful women, stay in nice places, shoot bad guys and stuff, and I thought, ‘That’s good.’ Then I saw someone torturing him and I went, ‘Oh, that’s not so good.’

“I don’t do pain well at all, to have been partly responsible for creating all of this music and then of course when the musicians came in and brought these ideas to life with their performance was astonishing.

“In fact, 2017 I did more jerks than I’ve ever done in my life while I was recovering from double knee surgery.

“Coming to 2018, my immune system was so depleted I was like a poster boy to get that H3 flu virus which was just awful – took six weeks, two months to get rid of.

“The album was on hold, then we came back to finish mixing, we were 85% done, and my entire studio system crashed. We didn’t know whether we just lost the album.

“Of course, we could’ve re-recorded it, but we didn’t have time, we had to go with my friends in Foreigner, you know, so this is perfect. It’s like all of these things the universe was manipulating to make sure the album came out this year.”