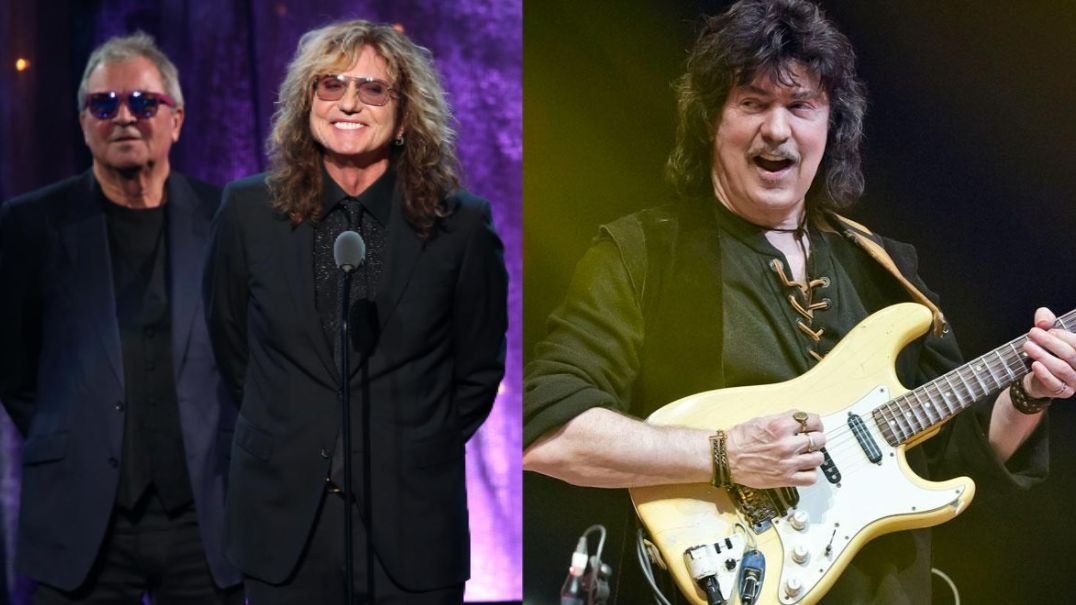 In an interview on Z93, Whitesnake leader and ex-Deep Purple vocalist, David Coverdale said that Deep Purple members prevented Ritchie Blackmore from going to the Rock and Roll Hall Of Fame induction in 2016.

“It was a complete and utter honor. But I was only concerned about [ex-Deep Purple bassist/vocalist] Glenn Hughes; the rest of ’em I haven’t got time for. They prevented Ritchie Blackmore from coming in to be honored as a Rock & Roll Hall Of Famer.

“I called Ritchie and I said, ‘Come with me. Nobody’s gonna do anything.’ The first thing I said [during my acceptance speech] was, ‘I’m so sorry that Ritchie Blackmore isn’t here, without whom none of us would be on this stage,’ which is absolutely true.

“So, Glenn and I just stuck to ourselves and had fun with Chicago, Cheap Trick, Steve Miller – everyone was just fabulous.

“So, ex-colleagues, I’m happy they’ll remain ex-colleagues. [Laughs] They just don’t figure in my life in any way, shape or form – an entirely different philosophy, ideology and you name it, it couldn’t be more different.”

About Glenn Hughes, he said:

“We call ourselves the Righteous Brothers. We’ve been the support system for each other for over 40 years… well, 45… coming up on 50… Jesus! Glenn Hughes and I, we’re brothers.

“We got the job with Deep Purple. He got in there before me and then welcomed me… ‘Cause Glenn was a lead singer; he’s a lead vocalist – he’s extraordinary. And he came out of a band called Trapeze into Deep Purple, where he was the lead singer.

“So the generosity that he gave me – being a complete new boy who had never played to larger crowds than a hundred people in clubs… It was an extraordinary time.

“Ritchie Blackmore and Jon Lord were absolute gentlemen, and for me, it was like I was at the University of Deep Purple and I had the two best professors in the world with Ritchie and Jon. And [I became] friends with Glenn. Glenn and I had similar tastes in music.”