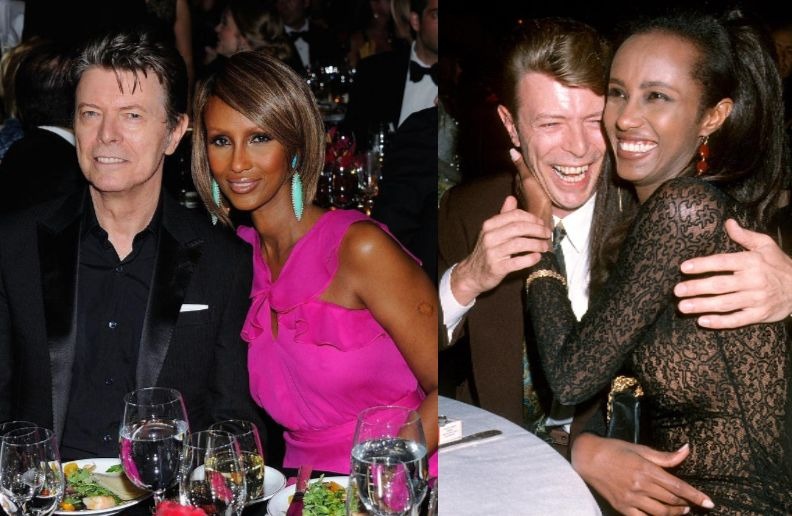 On January 8, David Bowie would turn 72, and model Iman, widow of the rock chameleon, could not let the date go blank.

She posted on Instagram an image (which can be seen below) that carries the following message: “My memory loves you. It asks about you all the time.”

Continuing the tribute to her husband, she also published, a few hours later, a photo of the two together, with the caption “Eternal Memories, Eternal Love”.

In October of last year, Iman revealed that she does not intend to remarry. “The other day I mentioned my husband in a conversation with someone, and they asked me ‘do you mean your deceased husband?’ and I said no, he will always be my husband.”

On 10 January 2016, English singer, songwriter and actor David Bowie died at his Lafayette Street home, having suffered from liver cancer for 18 months. He died two days after the release of his twenty-fifth studio album, Blackstar, which coincided with his 69th birthday.

Bowie kept his illness private, and friends and fans alike were surprised by his death. Makeshift memorials were created in London, New York City, Berlin, and other cities in which Bowie had lived; sales of his albums and singles saw a significant increase. Many commentators noted Bowie’s impact on music, fashion and culture and wrote of his status as one of the most influential musical artists of all time. Numerous musicians and public figures also expressed their grief.

Memorials to Bowie were created around the world in the hours following his death. In Brixton, the London area in which Bowie was born, a mural painted in 2013 by Australian artist Jimmy C became a shrine at which fans left flowers, records and handwritten messages.