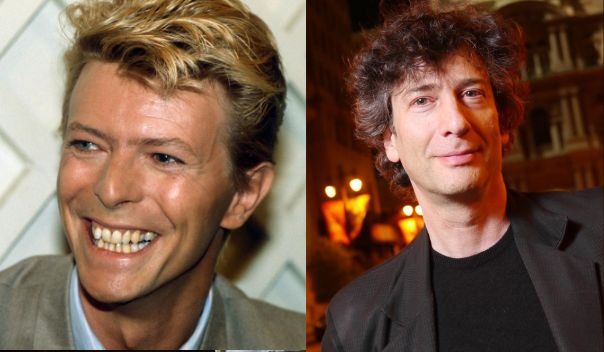 Neil Gaiman, author of “Sandman” and “American Gods”, and one of the directors of Spider-Man: Into the Spider-Verse, Peter Ramsey, expressed the will they to make a movie showing the life of David Bowie.

The proposal was born when Duncan Jones, the musician’s son, responded in his social networking profile to a request from a Bowie fan. “He is the king!” She wrote. “I would love a movie from my all time favorite rockstar, but only if [Duncan] approve.” He approved. “But as I already said, it will only happen if you ask too much for Neil Gaiman and Peter Ramsey to do it,” Jones wrote.

Ramsey saw the tweet, and sent a message to the writer: “Hey, no pressure … Neil?” And Gaiman quickly caught up, generating a number of fan responses excited by the proposal.

After the success of Freddie Mercury’s “Bohemian Rhapsody,” and the buzz caused by “The Dirt” about Motley Crue, new films about the lives of famous musicians have been confirmed. Including a production on David Bowie.

“Stardust” will tell the story of Bowie on his US tour in 1971, a trip that inspired the musician to create the album “The Rise and Fall of Ziggy Stardust and the Spiders from Mars” (1972). Johnny Flynn (Brotherhood) was chosen to play the star.

But the film did not encourage Duncan Jones (Bowie’s son) very much, who doesn’t want his father’s story to be told because the family didn’t pre-approve the production. “I’m sure NOBODY gave in to any movie because I would know,” he wrote on his Twitter. “I didn’t say the movie is not going to happen, I could not even tell. But only that the movie would not have any of my dad’s songs. And I don’t see that change,” he commented in January of this year.

Hence the idea of ​​the Gaiman + Ramsey team was born. “If Neil wanted to write something about the characters of my father and Ramsey wanted to transform into animation, I would agitate everyone close to me to pay attention and consider the proposal,” he said.