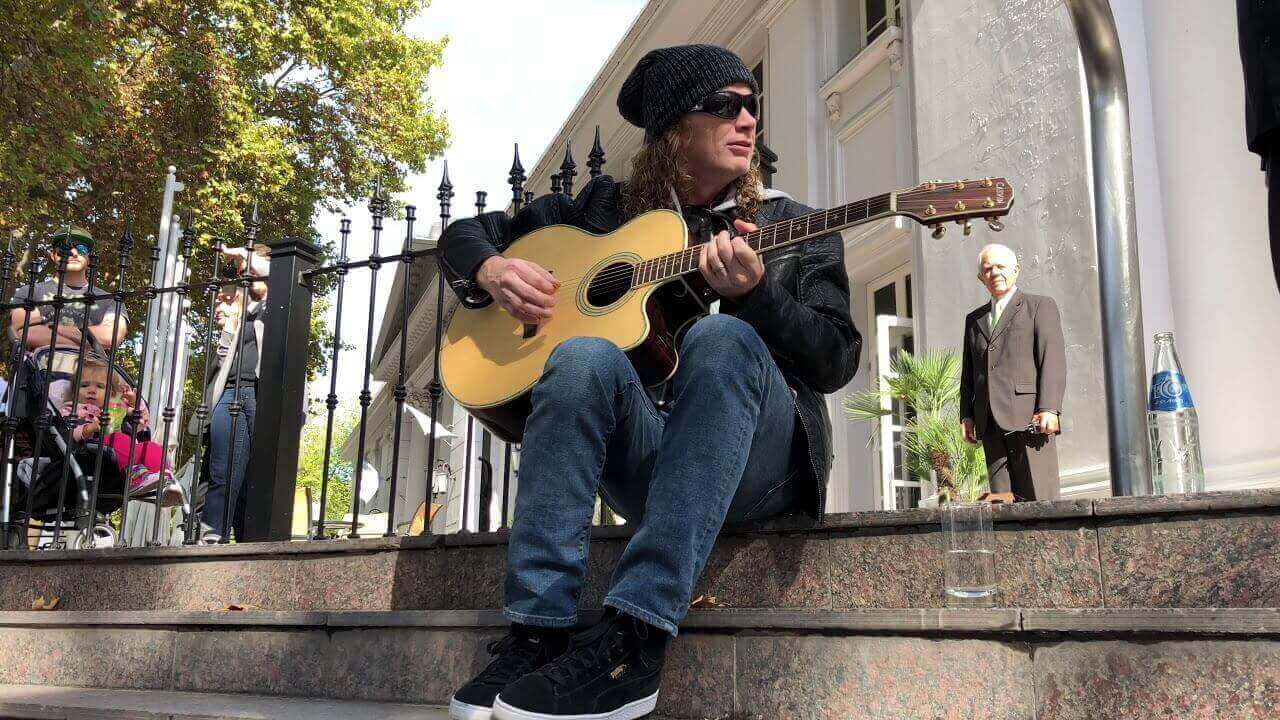 Megadeth’s Dave Mustaine surprised the fans in Argentina by playing guitar at the door of the hotel in Mendonza. Mustaine was in town for a few days, after Megadeth performed in Mexico.

Fans gathered after knowing about the musician’s presence, and he received them with the guitar borrowed from Felipe Staiti, guitarist of the rock band Los Enanitos Verdes, and playing sitting at the entrance of the hotel.

Megadeth will perform in Europe between June and July, and soon after enter studio to record Dystopia’s successor album, released in 2016.