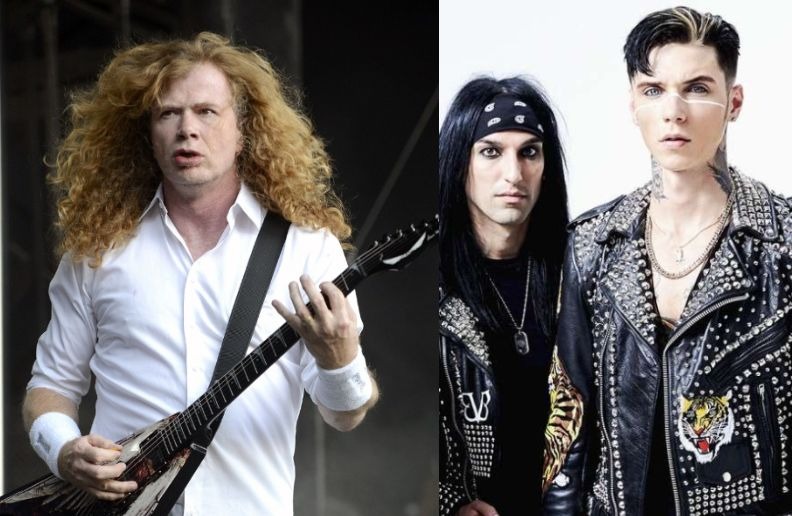 In interview with Metal Hammer, Megadeth leader Dave Mustaine talked about the new metal bands on the scene, and he said they are “spoilt Motherfuckers”.

Do you think it’s harder or easier to be a young metal band nowadays?

“It’s a double-edged sword. It’s so much easier for new bands to get their music out, but it’d be safe to bet one of my balls on the fact that Scott [Ian, who also took part in the conversation] used to go into the same record store I did in San Francisco called The Record Well.

“And the fact that back then you could find a record store that’s strictly metal, and you walk in there and the person behind the counter will know you, and you can walk in and they can tell you what’s new.

“‘The new Tank record’s out!’ or, ‘The new Raven album’s out!’ or, ‘Dude, what do you think of the new Witchfinder General?’ And we were in there like, ‘God damn, these are my people!’

“It just feels great when you used to go into one of those stores, and you see people there that are like you. There’s not a lot of stores out there like that anymore.”

So you think it’s a mixed bag for metalheads right now? What do you think of the general vibe around the scene at the moment?

“There are no more rockstars. You know what you got? You got a lot of snot-nosed kids that work at music magazines – no offense.”

“But there used to be an honor code between the bands and the music magazines. Then the internet came out and started tearing bands apart, and it became a normal happenstance where people would make a story just to destroy the bands.

“It became more important about who the writer was rather than the bands they were covering. I yearn for the days when it was about the music and not about the reviewer.”

What advice would you give someone if they walked in here and said they were starting a metal band?

Scott Ian: “I’d tell security to throw them out. [Laughs] Actually, you know what? So I would tell a new band, ‘Go watch Code Orange.’ They remind me of us in 1981 when all we wanted to do was bang our heads and make people listen to our music.”

Dave: “That’s what’s missing. That is exactly what’s fucking missing. These fucking new bands, these spoilt motherfuckers whose parents are attorneys or doctors, and they take every penny they’ve got and invest it in their productions, so they’ve got the big screens and the explosions and the dancing girls and the inflatables and the fucking ego ramps. They don’t know what paying their fucking dues is.”