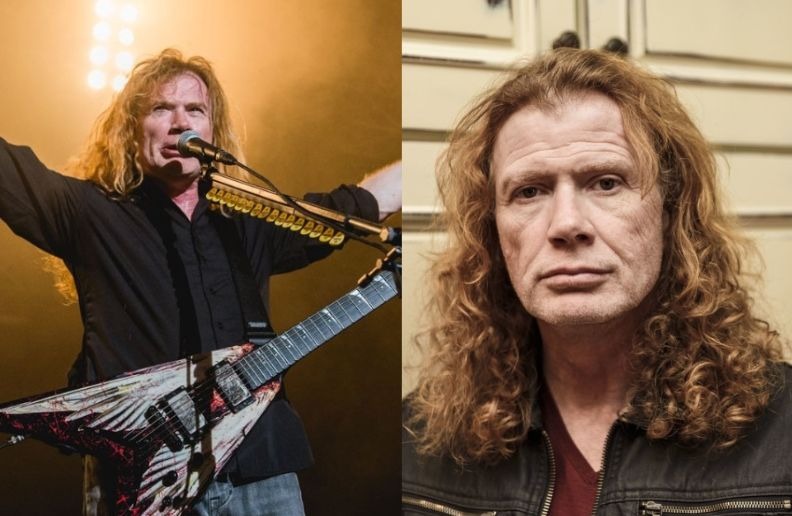 In a new interview with 107,7 The Bone, Megadeth’s leader Dave Mustaine revealed that he can barely read tabs and also talked about the band’s upcoming studio album.

Are you working on a new album? What can we expect from Megadeth as far as new material in 2019 is concerned?

“We have been working on a new record. I started on November 2nd, I had a couple of handwritten notes where I was wondering what the heck I wrote.

“We got a lot of material for the new record already. In fact, I almost completely finished a song from the [2016’s] ‘Dystopia’ sessions which for whatever reason I stopped working on. ”

“I can barely read tablatures, so when I have a riff and I like it and I don’t have anything to record on – prior to everybody having a full-on production in your smartphone, I would write it down.

“But now I have a recorder on my phone. Some of my handwritten stuff looked like hieroglyphs.”

Can you sort of paint a picture for us, what can fans expect on the Megacruise?

“We have been offered to do a cruise on East Coast a long time ago and something came up, I think I got sick or hurt. And when it came to this cruise thing, I thought, ‘Everyone is on the East Coast’, right? We wanted to do something totally different.

“I didn’t want to do ’70 Billion Tons of Metal’ or whatever, I wanted to do a Megacruise. I wanted to do something where the fans would come in and they would get everything they want, and then they would go home so completely satiated and worn out that they would be talking about it for the rest of their life.

“So I put together one of the greatest thrash-metal lineups that I could possibly think of, almost all of them are my close friends. You got Anthrax, Testament, Armored Saint, Corrosion of Conformity, Devildriver, there are some bands that I don’t really know much but I like them.”

“We’re doing this tribute band thing, like Megadeth Karaoke, we’re having this cover band from Canterbury, UK. They’re supposed to be really good. We let them come play, the fans sing up for the karaoke thing, they’ll go onstage, there will be lights and everything, start the song, then the song’s over, and then… we judge you!”

Like ‘America’s Got Talent’ in front of Dave Mustaine! So Dave, how did you pick out these bands? You said they’re all friends of yours. Were you just like, ‘Hey man, want to come over for my cruise?’ Was it that simple?

“Kind of, but I think that discounts all the hard work that the promoter has done too. Between myself and the people who helped to put on this cruise, there were a couple of bands I didn’t really know were on there, like DragonForce – I didn’t know they were on there.

“I don’t know what I think about them, but it’s cool, the partnership, I trust the guys I’m working with so hopefully, everybody will have a great time. Hopefully, there will be a lot of DragonForce fans on the cruise too.”

We ask all of our rock stars this question: What do you love about music?

“I like that music doesn’t judge who listens to it. I mean, beauty is in the eye of the beholder, so I think that if music’s had a mind, it could go, ‘I don’t want you to listen to me’. It’s completely rid of prejudice.”