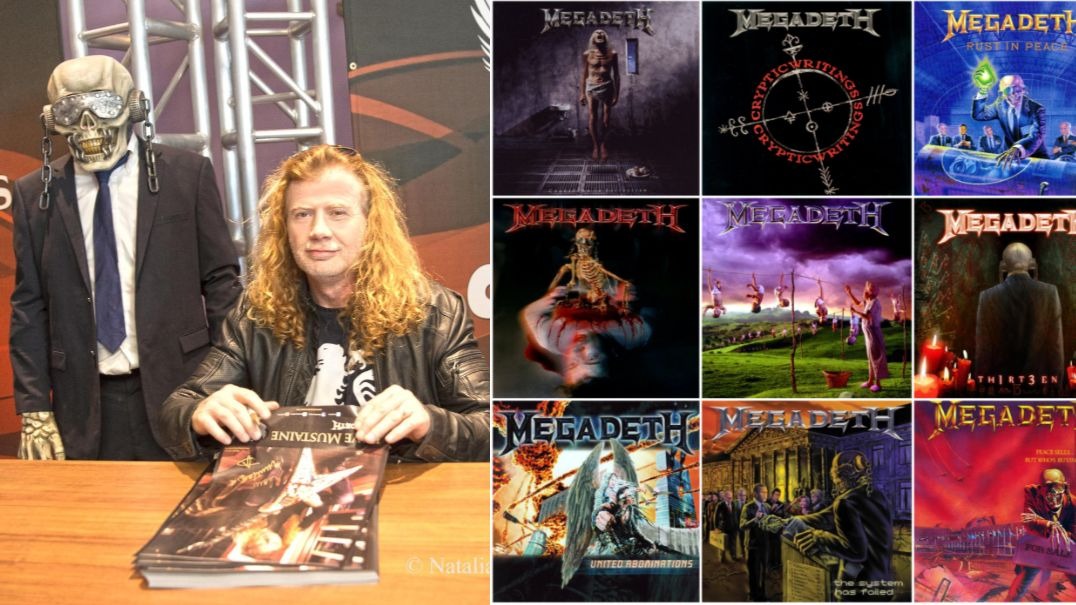 In an interview on Ethan and Lou Morning Show, Megadeth’s leader Dave Mustaine revealed which album cover is his favorite.

“At the moment, it has to be [Megadeth’s latest greatest-hits compilation] ‘Warheads on Foreheads,’ because that’s probably one of the coolest covers we’ve had in a really long time.

“I was looking at the cover the other day and I was just laughing – because the audacity of [mascot] Vic [Rattlehead] sitting on the front of a fighter jet riding it like it’s some bull. [Laughs] Man, my imagination sometimes…

“And I think it was the association I had, being around such great players like Chris [Poland] and Gar [Samuelson] and Jeff [Young] and Chuck [Behler] and Marty [Friedman] and Nick [Menza]. That was our formidable years.

“Those guys were all really wild personalities on top of being great players, so a lot of that stuff, I think, just kind of came out of the competitive juices that were always flowing within Megadeth and with all the other bands that were around us. So it was a really cool time back in the day.”