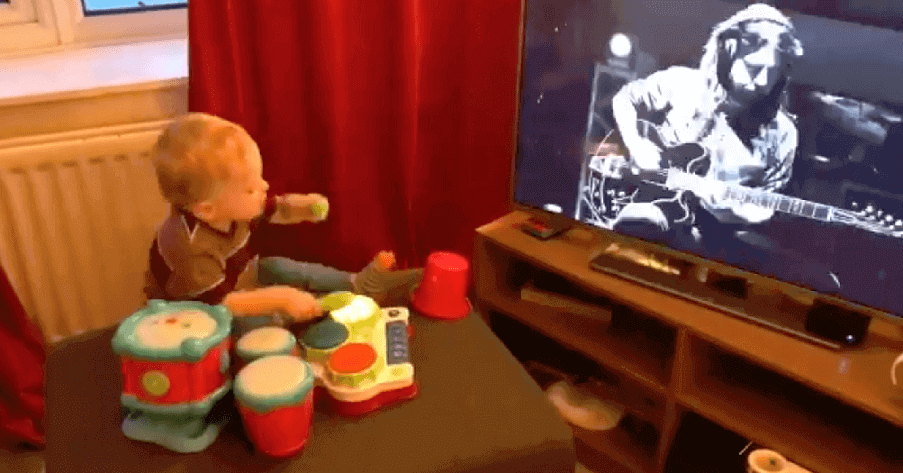 In an official statement, and in the video itself, the frontman of Foo Fighters says he was inspired by his kids who are now exploring their musical instruments.

And the documentary inspired Charlie, a baby of only 17 months. The child’s father shared a video where he appears playing drums while watching the movie.

The video reached Grohl, who praised Charlie’s work and sent a special message to the boy.

Watch the video and tweet of the vocalist in reply just below:

David Eric Grohl was the longest-serving drummer for the grunge band Nirvana and is the founder, frontman, lead vocalist, rhythm guitarist, lead guitarist, and primary songwriter of the rock band Foo Fighters.

He is also the drummer and co-founder of the rock supergroup Them Crooked Vultures, and wrote the music and performed all the instruments for his short-lived side projects Late! and Probot. He has also recorded and frequently toured with the rock band Queens of the Stone Age. In 2014, as a member of Nirvana, Grohl was inducted into the Rock and Roll Hall of Fame, in his first year of eligibility.