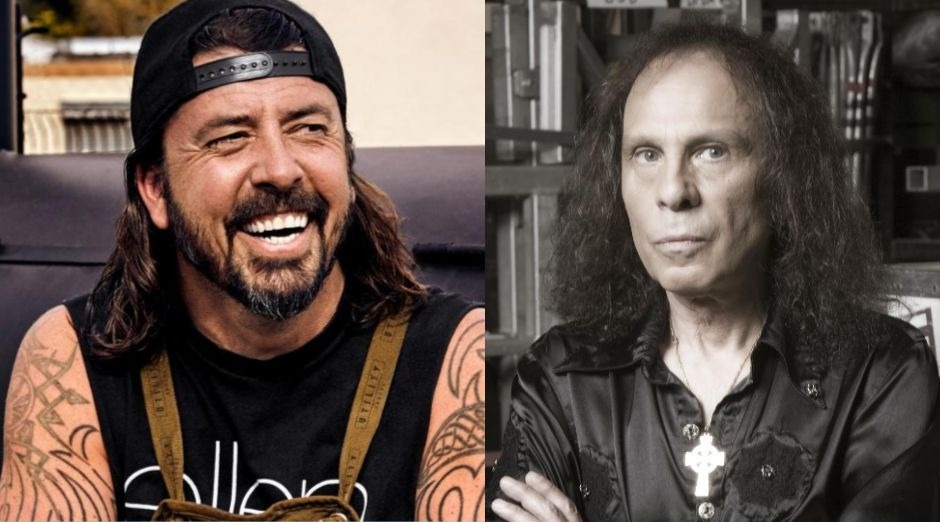 During a conversation with Eric Blair at this year’s “Bowl for Ronnie” event, Foo Fighters singer/guitarist Dave Grohl was asked how the music of late Ronnie James Dio affected his songwriting.

Dave Grohl gave an interview to Eric Blair at the 2019 event “Bowl For Ronnie” and when asked about how Dio affected his songwriting, Foo Fighters singer said that “Holy Diver” is perfect record.

“An album like that, that’s kind of the perfect record. [Drummer] Vinny Appice’s playing on that fucking album is insane. As a drummer, I listen to that record and it’s, like, I don’t know if it’s composition or if that shit was just coming off the top of his head.

“But as a drummer, that album is incredibly inspiring and influential. The simplicity of something like that – that’s one of the things I’ve always loved about Dio’s music: it’s not overly complicated or orchestrated, it’s a sum of a few very simple parts. And it’s powerful, and I fucking grew up with that shit.

“I remember being 13 or 14 years old and seeing ‘Stand Up and Shout’ live on Don Kirshner’s Rock Concert on Friday night. It makes you want to become a musician; you see something like that and it’s so moving and inspiring that you’re, like, ‘Oh my god, That’s what I wanna do for the rest of my life!’ It did that to me.”