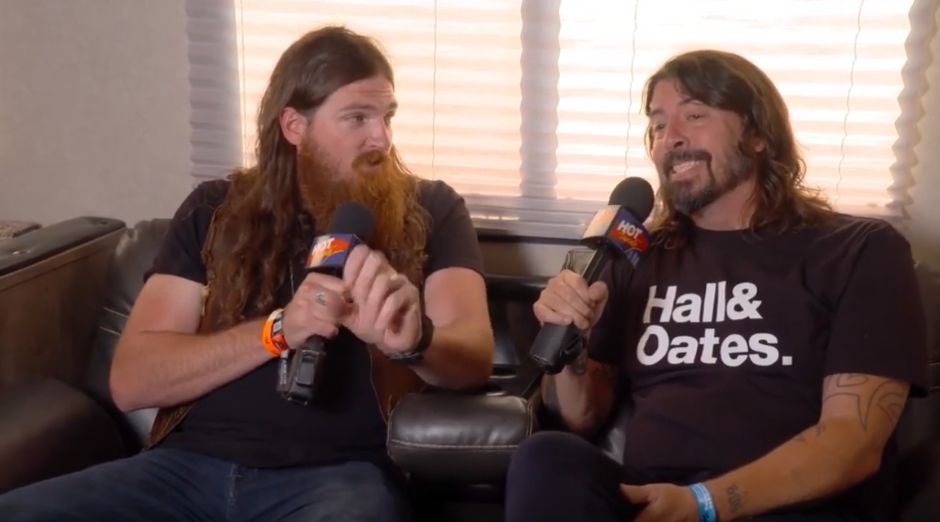 Dave Grohl was interviewed by American singer-songwriter Tim Montana through the CMT website. In this interview, Dave revealed in what he would work on if he wasn’t a musician. He also told a funny story about Tim Montana himself (Dave’s friend) trying to “fight” him once in a restaurant.

Tim: If you weren’t in music, what do you think you would have done in your life?

Dave: I would like to be a graphic artist.

Tim: Do you make some Foo Fighters shirts?

Dave: No, damn it. Not the shirts we sell … The day I picked up a guitar, I realized I really wanted to be a musician, but I don’t know how to read music and I never had classes to do it, and I thought, “Well, I’m going to play bands and perform. around”.

Dave: I went to work in a furniture warehouse and stuff, but I was happy at this job because I worked all week and then I had my garage band where we were going to do shows and it was a lot of fun.

Dave: Eventually, I even thought that someday I would learn to read drum music with sheet music, become a studio drummer, make money playing music, and then graduate from college to get a real job, you know?

Tim: What do you think would be your real job? Graphic designer?

Dave: When NIRVANA became famous, I didn’t even think about all that shit anymore … I don’t know, I honestly don’t know.