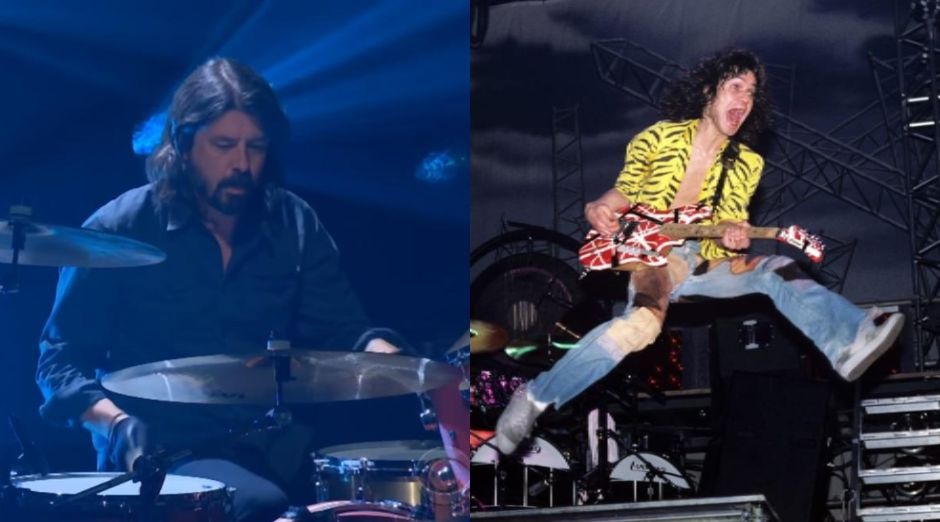 Dave Grohl presented a very different version of a Van Halen classic on American TV. After appearing rehearsing, the drummer and frontman joined The Bird and the Bee to honor the band on the James Corden show. There, they played “Ain’t Talkin ” Bout Love”, 1978 song.

Producer and musician Greg Kurstin’s band released Interpreting the Masters Volume 2: A Tribute to Van Halen, an album full of covers from the group. On the same day, Grohl joins the members once again to play the album release show.

“Ain’t Talkin’ ’bout Love” is a song by American rock band Van Halen. It was released in October 1978 as the third single from their 1978 debut album, Van Halen.

This song is one of the few David Lee Roth-era songs that onetime replacement Sammy Hagar was willing to sing in concert when he joined the band in the mid-’80s.
When Eddie Van Halen wrote the song, he did not consider it good enough to show his bandmates until a year later. He said it was supposed to be a punk rock parody, “a stupid thing to us, just two chords. It didn’t end up sounding punk, but that was the intention.” The guitar solo was doubled in overdubs with an electric sitar.