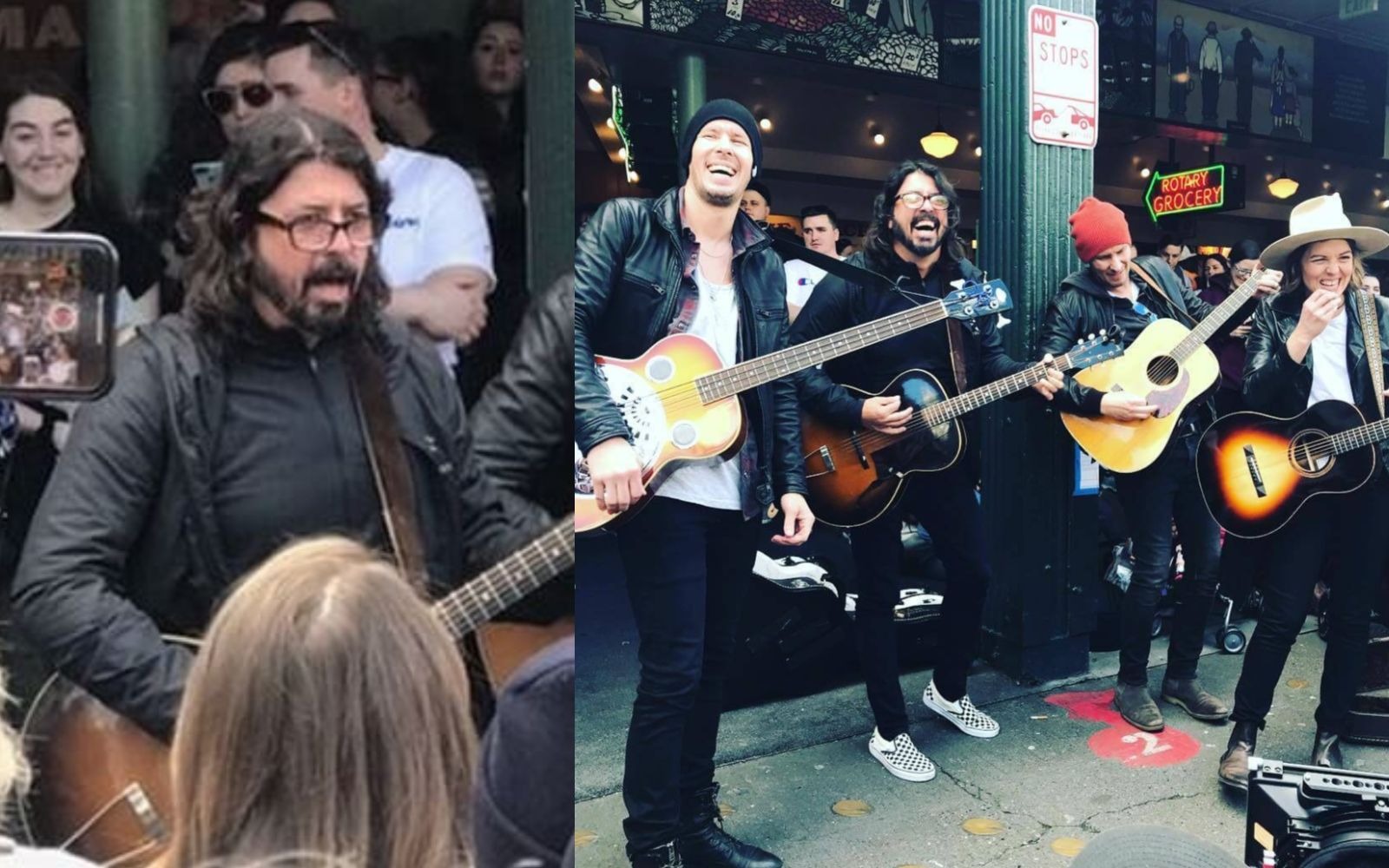 Dave Grohl plays Beatles “Let It Be” as a street musician

On saturday (20) Dave Grohl decided to reminisce his old days in Seattle. There, along with Brandi Carlile, he went to the Pike Place Market (a well known public market in the city) and made a live surprise set that lasted between 15 and 20 minutes and was completely open to the public.

According to the Seattle Times, the musicians didn’t say anything about it and just started playing there, with Brandi Carlile even made a live broadcast on their Facebook page.

Before closing the presentation with “Times Like These” by Foo Fighters, Dave Grohl played and sang “Let It Be” by the Beatles, alongside Carlile.

David Eric Grohl (born January 14, 1969) is an American singer, songwriter, musician and director. He is the founder, lead vocalist, rhythm guitarist and primary songwriter of the rock band Foo Fighters since 1994, and was the best known and longest-serving drummer for Nirvana from 1990 to 1994, when they disbanded following the death of Kurt Cobain.

Foo Fighters meld melodic elements with heavier ones, and have found worldwide success and won multiple awards, most notably with four of their albums winning Grammy Awards for Best Rock Album. With Nirvana, Grohl established himself as a highly appreciated drummer, and in 2014 was inducted into the Rock and Roll Hall of Fame alongside bandmates Kurt Cobain and Krist Novoselic in the group’s first year of eligibility.