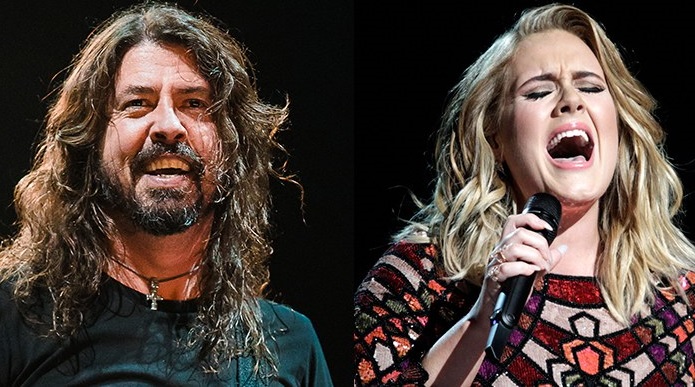 Violet Grohl, Dave Grohl’s 12-year-old daughter, joined her father once again to impress us with her beautiful voice.

The pair were present at a charity event in Los Angeles that seeks to make socks and raise funds for homeless people annually.

You can see the moment below:

Dave and Violet have played the song on other occasions, including Grohl’s middle daughter, Harper.. This year, the older one went on tour with Foo Fighters working as a backing vocalist for the band.

Concrete and Gold is the ninth studio album by Foo Fighters. It was produced by Greg Kurstin and released worldwide on September 15, 2017, through RCA Records. Described by the band as an album where “hard rock extremes and pop sensibilities collide”, Concrete and Gold concerns the future of the United States from the viewpoint of the band’s frontman and lead songwriter Dave Grohl, with the heated atmosphere of the 2016 elections and the presidency of Donald Trump cited as major influences by Grohl.