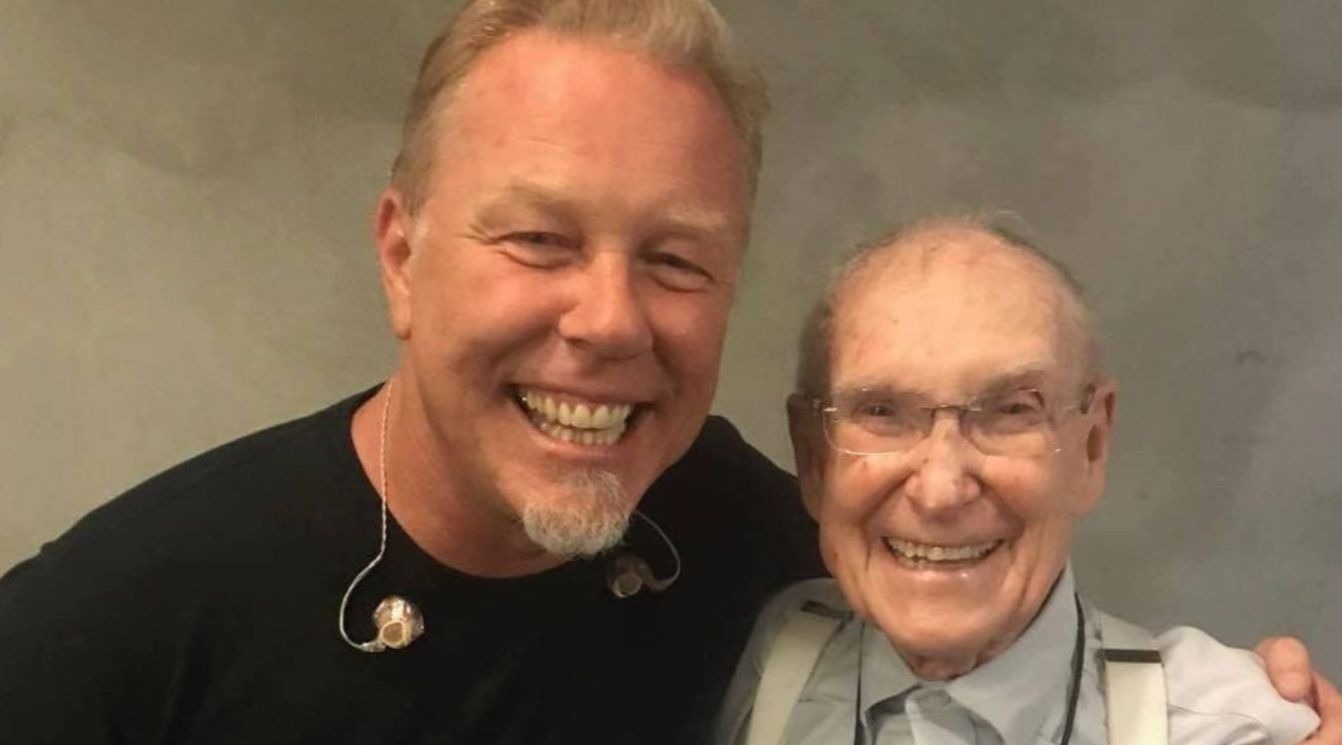 In an interview with Mark Agnesi, Ray Burton, the father of the late Metallica bass player, Cliff Burton, talked about Metallica and his favorite song of the band.

“Well, if they want to play it, that’s sort of fine with me. I didn’t think of it as being able to be a much of a monetary return. In other words, I felt that I just can’t see that type of music being that popular, and boy was I ever wrong.

“It turned out it was an absolute goldmine. One of the reasons why it was a goldmine is that Metallica – and this was right from the very start – they were always entertaining.

“You go to see them, and they’d come on to the stage and start playing. There was a liveliness there. James was just a natural being the spokesman, so to speak, for the band.”

You said that Cliff lived at home. Do you remember him ever playing bits and pieces of what would become a Metallica song?

“The only one that I knew was the ‘Orion’ – he had a little instrument and he would record one part of it and then turn around and record another to go along with that.

“And the way I used to understand it is it was about four different parts of a song. He put this one song together and he called Jan and me and said, ‘Hey mom and dad, come in here and see what you think of this song.’

“And so we went in there, and there was four parts of guitars, he had a regular six-string guitar there in his room, and he said, ‘Listen to this that I’ve composed.’ And so I listened to it, and when it was over, I said, ‘Hey Jan, you and I could waltz through that.’

“And as it turned out, that was ‘Orion,’ that song on [1986’s] ‘Master of Puppets.’ Cliff, he just liked the idea of getting up there and for better or worse, thrashing away.”

In 2009, when Metallica got inducted into the Rock N’ Roll Hall of Fame, how proud were you?

“I was Cliff’s father, and since he couldn’t receive it, he wasn’t there to receive it, I was the designated receiver. So if that had been a little more relaxed and no crowd there, I’d probably rattle on a lot to the point where I could hear Cliff, ‘Oh come on dad, knock it off.'”

All of the band talks about you pretty fondly. Back in the days, was the band tight with the family?

“Yeah, right off the bat, particularly when Cliff was killed. Jan, in particular, was so helpful with these three other young men in getting through it that the loss of Cliff… she was extremely good at handling the grief of that accident.

“So, they’ve just been wonderful to me, even old Dave Mustaine, I’ve only seen him a few times, wonderful kid, Jan and I got along with him just fantastic.

“When Jason [Newsted] came in and replaced Cliff, we were – Jan in particular – greeted him so well, and that really made a big difference in our association with Metallica.”

So you knew James and Lars, they were kids when the band started…

“But they are good kids, and the fact that they saw in Cliff an exceptional musician and a person that they liked, and I kind of have to go along with that and it helps in my treatment of them because they have treated me very, very well.”

So, do you have a favorite Metallica song or one that stands out to you?

“Yeah, ‘Orion’ was my favorite. When they go into the waltz tempo 3/4 time, just there’s something about it that I like and, you know, like, Cliff one time…

“I was apologizing for not going for a second night when they were performing at the Kabuki Theater in San Francisco, and Jan went to it, but I didn’t, and so when he got back home, he stayed in San Francisco there for a couple of nights, I think, and when he got back, I was apologizing and he put his hand on my shoulder and said, ‘That’s alright dad, I know the kind of music you like’. I was then off the hook.”