Selling records and shirts? Well, there are some bands like KISS, that turn their image into real brands, making all kinds of products inspired in the band’s sound and look. Now, the classic rock band Foghat launched a condom called “Slow Ride”, that is their most famous song.

The band said that the product was designed, to help fans continue to enjoy the song safely. 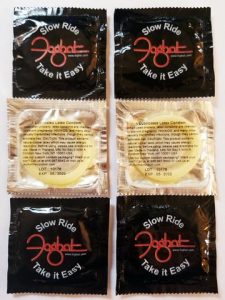 “A special pre-Valentine’s Day gift to our fans…Take a ‘safe’ SLOW RIDE with the one you love….introducing ‘Slow Ride’ Condoms! They are ready to ROCK any time you are. Available now at our online store…6 for $15!”

You can buy the condom here 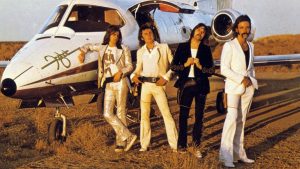 The song is composed by “Lonesome” Dave Peverett and it was released on the band’s fifth album “Fool for the City” (1975). It was Foghat’s most successful single, position. Also released on the live album Foghat Live, 1977, the band’s most successful album, with more than two million copies sold. In 2009 was considered the 45th best hard rock song of all time by the American broadcaster VH1.

Steve Vai reveals how he mastered string bending
Back In Time: Ozzy gets confused when nominating Ringo Starr at Grammy Awards
Advertisement
To Top