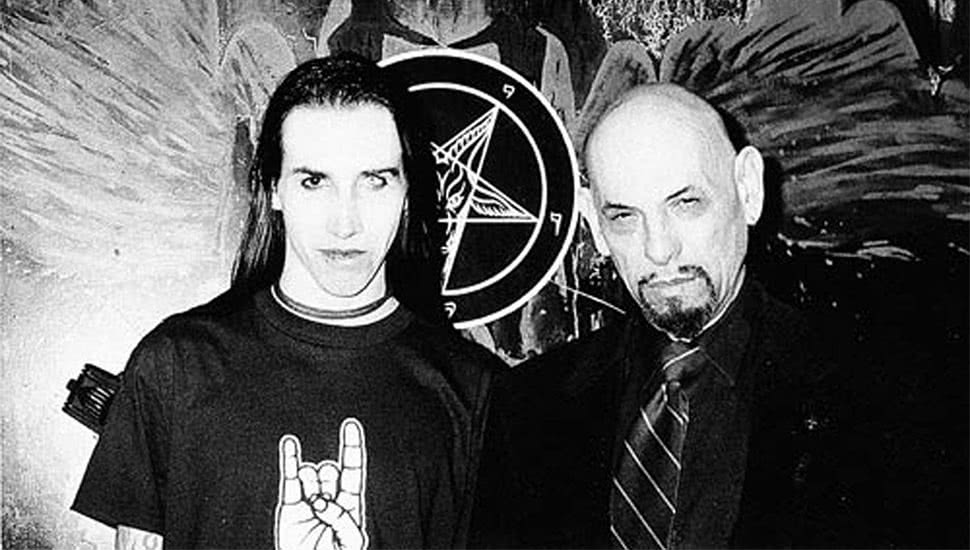 One of the most famous legends in the music world is Marilyn Manson’s relationship with the Church of Satan. Many say he was ordained a priest 30 years ago and recently, the institution has spoken out revealing that this didn’t happened.

In the autobiography God of Fuck, released in 1998, Manson said church founder Anton Szandor Lavey certified him as “minister of the church of Satan” in 1994 during the Nine Inch Nails tour. Manson even said LaVey prophesied, “You’re going to do a lot of damage. You will impress the world.”

Now, on his official Twitter, the church explained the story: “Almost 30 years ago, he received an honorary priesthood for his achievements in the real world. This, however, is not an ‘ordained”, nor is it related to anything he might say decades later.”

No. Almost 30 years ago he was given an honorary priesthood for his real world accomplishments at the time. That is not “ordained” nor is it related to anything he might say decades later.

The Church of Satan is a religious organization dedicated to Satanism as codified in The Satanic Bible. The Church of Satan was established at the Black House in San Francisco, California, on Walpurgisnacht, April 30, 1966, by Anton Szandor LaVey, who was the church’s High Priest until his death in 1997. In 2001, Peter H. Gilmore was appointed to the position of high priest, and the church’s headquarters were moved to Hell’s Kitchen, Manhattan, New York City.

The church does not believe in the Devil, nor a Christian or Islamic notion of Satan. High priest Peter H. Gilmore describes its members as “skeptical atheists”, embracing the Hebrew root of the word “Satan” as “adversary”. The church views Satan as a positive archetype who represents pride, individualism, and enlightenment, and as a symbol of defiance against the Abrahamic faiths which LaVey criticized for what he saw as the suppression of humanity’s natural instincts.