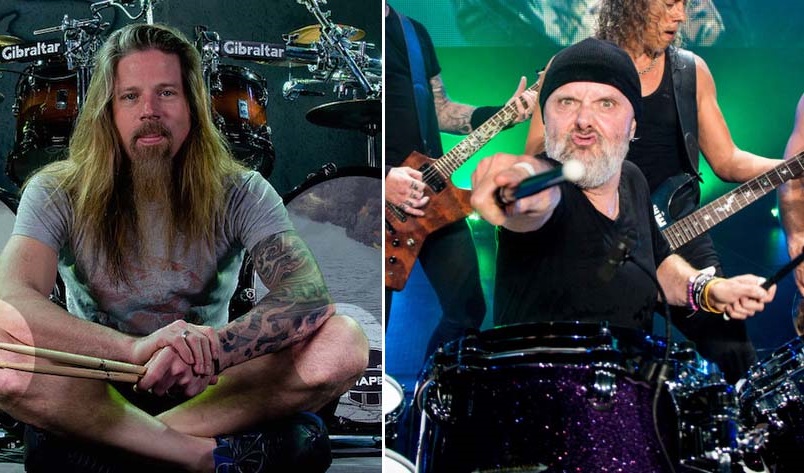 Lamb of God’s Chris Adler revealed to Metal Injection that he received advice from Lars Ulrich as soon as it became public that he would play with Dave Mustaine on Megadeth.

“As soon as I heard I was going to join Megadeth, I called Lars, we had toured together and we were connected in some way. I told him that I had received a proposal to record Megadeth’s new album and that I thought Metal became great thanks to the drama between Mustaine and the Metallica guys, and somehow I asked Lars for permission to accept the proposal.

He told me that Dave is a sweet person, soft heart – he really is. But he is also focused. When he puts something on his head he will not accept anything that is outside of it. And I love this way of being, I think the same way. That’s how I got here in my career, which is why Dave and I understand each other. But this does not mean that everyone has the ability to achieve the same goal. But you need to get a glimpse of what you want, believe in yourself and do. ”

Then Adler defends Mustaine’s reputation for cheating, especially after being kicked out of Metallica in 1983: “Not that I agree with everything Dave said, but the guy is only a little warmed up because of what he was as a kid, he grew up with two or three sisters in a poor family, so he was the last one to get attention, so he set up a band with some friends who later fired him, so of course he was upset”.

This was an incredibly dramatic story that happened in our midst. But the guy is fantastic, in fact. He has a conflict with everything that has happened, just as we have our stories, only he really cares about what he does, he is a perfectionist and makes a point of transmitting something in his art, his move is to make other people happy ”