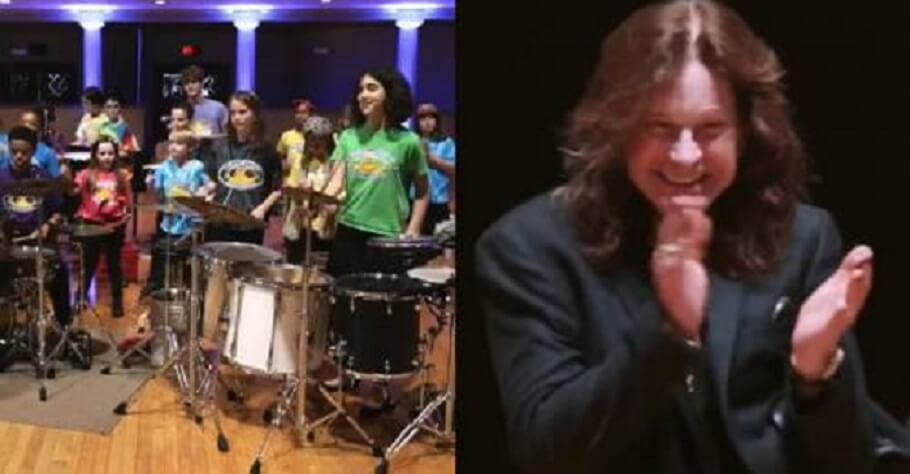 In 2012, a group of students made a video of a performance of Ozzy Osbourne’s “Crazy Train” on various percussion instruments. At the time, the footage reached Madman himself, who donated $ 10,000 to the institution where the boys studied music, the Lousville Leopard Percussionists.

Six years later, kids of the same Leopard emerged again into the life of Ozzy Osbourne – this time in person. During a recent episode of the reality show “Ozzy and Jack’s World Detour”, where Ozzy and his son Jack visit places of historical importance in the United States, the young musicians made a surprise appearance and played “Crazy Train” for Madman, who was also with his daughter Kelly.

An excerpt from the presentation before Ozzy, Jack and Kelly Osbourne can be seen in the following video player.

Ozzy & Jack’s World Detour is an American reality television series starring Ozzy Osbourne and his son Jack Osbourne. The 10-episode series premiered on July 24, 2016, on History. A second season of 10 episodes began airing on A&E on November 8, 2017. On January 23, 2018, Jack revealed on his official Instagram page that the series had been picked up for a third season.  The eight-episode third season premiered on June 13, 2018, with Jack’s sister Kelly Osbourne joining the cast.

During each episode, the Osbournes, who are interested in history, visit one or more sites to learn about their history from experts and explore unusual or quirky aspects of their background.