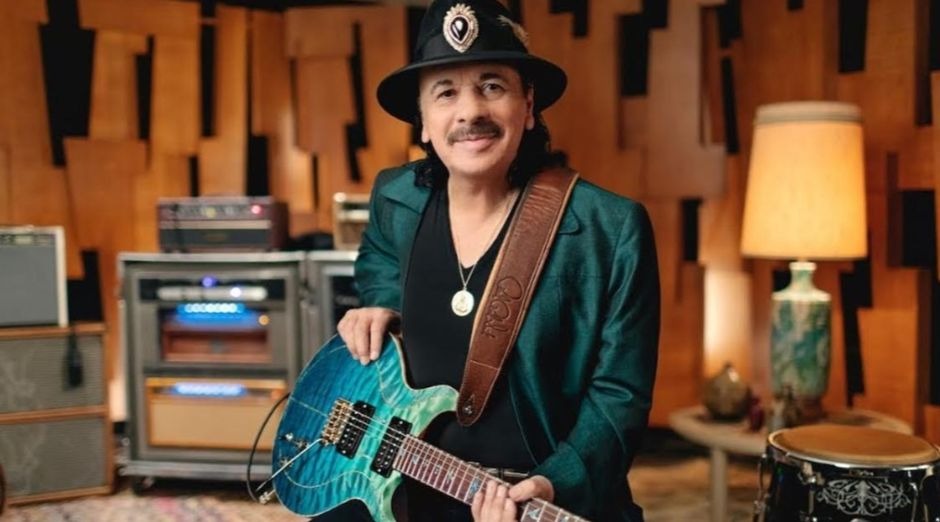 Carlos Santana is an amazing guitarist that marked Classic Rock with Santana and his solo career. And one of the band’s most famous songs is “Black Magic Woman”, a Fleetwood Mac version. Now you can hear the guitarist amazing isolated guitar.

He became famous in the 1960s with the Santana Blues Band. Later known only as Santana. However, more precisely with his performance at the 1969 Woodstock Festival. Where he gained worldwide prominence.

In addition, Carlos Santana’s father was a mariachi violinist. The young Carlos initially learned the violin, but switched to the guitar when he was 8 years old. After the family moved to Tijuana, Santana began playing at nightclubs and bars.

He stayed in Tijuana when his family decided to move to San Francisco, but soon joined them. Also in 1966, he helped form the Santana Blues Band, a name shortened to Santana.

The band started playing at the Fillmore West Auditorium, where many of the great San Francisco bands started. They first recording was The Live Adventures of Mike Bloomfield and Al Kooper, with Al Kooper and Mike Bloomfield.