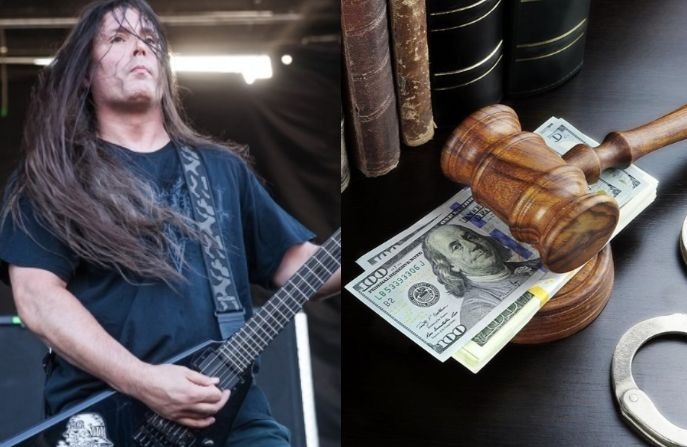 According to authorities, Pat O’Brien was arrested the night of Dec. 10 after breaking into a house near Northdale Golf and Country, on Northdale Boulevard in Tampa. He ignored the owners of the residence, who had asked to leave the place, and pushed a woman before heading into the yard.

The musician was found by police hiding behind a fence, less than a mile from his own home. He didn’t obey the requests of the authorities and ran to one of the policemen with a knife in his hand. The officers had to shoot him with a taser and then arrest him.

According to the owner of the invaded property, Pat O’Brien was not in common mental condition and went so far as to say that someone was after him. Still according to the report, the guitarist looked frightened and, at one point, even hid in a closet.

Just as Pat O’Brien was being arrested, firefighters were working to put out a fire in a house where the guitarist was living. The fire was controlled in about an hour, but then there was suspicion of real ammunition inside the residence. According to the authorities, there were two flamethrowers on the site, which made it even more difficult to contain the flames.

Neighbors of Pat O’Brien said that, until then, they did not notice any unusual behavior on the part of the guitarist. He seemed to be a “common neighbor,” who left the house with the car, then came back and came in like any other.

The investigation is ongoing, but Pat O’Brien has been formally charged with an invasion of private property with aggression and aggravated assault on a police authority.

Cannibal Corpse ended a US tour on Oct. 6. Four days later, it was announced that the band would be part of the next American leg of Slayer’s farewell tour. It is not known if the group will be kept in the spin or if O’Brien will continue in the formation.

Tommy Thayer explains why he isn’t credited on Psycho Circus
Eagles, Stones and Waters are among the most profitable tours of 2018
Advertisement
To Top