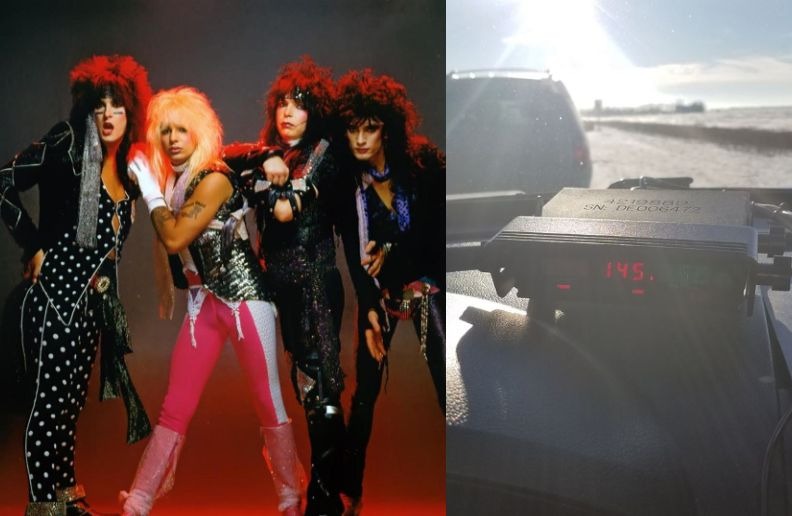 A publication by police in Manitoba, Canada, revealed that a Canadian driver blamed Mötley Crüe’s “Kickstart My Heart” for a speeding ticket. The lyric of the song, released on the album “Dr. Feelgood” (1989), speaks about driving at high speed, although it also alludes to the overdose suffered by bassist Nikki Sixx, in which he was saved after an injection of adrenaline.

According to the publication, police officers stopped a driver who was driving at 145 kilometers per hour, well above the speed limit of the road in question. The driver then explained that he had gotten excited because “Kickstart My Heart” was playing on the radio.

“This driver’s excuse for going 145kmh? Kickstart my Heart by Mötley Crüe was on the radio. Funny enough, our officer knew he was telling the truth, since he was also listening to it – just at a much slower & safer speed. Fined $639.”

In a 2015 interview, Mötley Crüe bassist Nikki Sixx related the origins of “Kickstart My Heart”, which he wrote while the band was already working on Dr. Feelgood. Sixx was playing acoustic guitar in his house while scribbling words on a piece of paper.

When the group’s former manager read the words, he encouraged Sixx to share it with the rest of the band. Sixx was reluctant, but eventually did show the band and the track came together quickly. The phrase “kickstart my heart” supposedly refers to Sixx’s overdose incident where a paramedic injected his heart with adrenaline; Guns’n’Roses drummer Steven Adler disputes the accuracy of the story, saying he revived Sixx before the paramedics arrived.