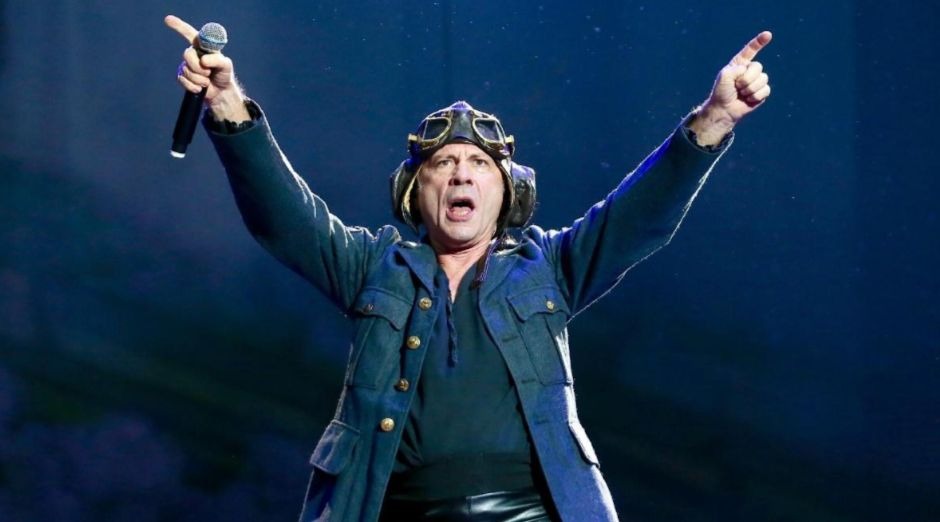 Iron Maiden’s lead singer Bruce Dickinson revealed in an interview with the Argentine newspaper Clarin that he will release a new solo album between 2020 and 2021. Information about the album has been circulating since the beginning of the year and has been confirmed even by Roy Z, Bruce’s guitarist and solo career producer.

In this new interview, given during Maiden’s trip to South America, Bruce Dickinson said he “needs to finish” his new solo album. “We have demos, we did a little work … it will be out next year (2020) or the next, because in the middle I have a lot of other occupations. However, being honest, I wanted to go on tour with a small band with Roy Z” he said.

Dickinson then stated that his solo career is very well received by fans. “Why not do that after the ‘Soloworks 1990-2005’ box set? We made the box and sold 200,000 physical copies. I can’t even believe it! It’s a big demand from people. I’m very proud of my solo career.”, said.

Bruce Dickinson’s parallel occupations were also revealed during the interview. “I can tell you now what I’m going to do until Christmas. Literally, after the show in Chile, I go to London, arrive at 7 am, shower, and go to a engineers conference.

Then I put on a black tie suit and go to a charity event. The next day, I have a conference, then a meeting with potential investors from my company,” he said.

After all this, the singer can finally go to a pub with his children (he is three, 25, 27 and 29 years old). “On Saturday, we meet again, then I go to Paris, where I live with my girlfriend. On Monday, I start training fencing until Thursday. It will be my return to training since I broke the achilles tendon.” stated.

Finally, Dickinson will work on the tribute to be made in Canada on the 50th anniversary of the album “Concert For Group And Orchestra”, designed by keyboardist Jon Lord for his band Deep Purple, in 1969. The idea is to provide a tribute to the musician, who died in 2012 at the age of 71 after battling pancreatic cancer.

The event will take place on November 21 at the Palais Montcalm in Quebec City. In addition to Dickinson, were invited conductor Paul Mann, the Quebec Symphony Orchestra and Paul Deslauriers Band.

“They hired an orchestra and asked me if I wanted to sing. I said yes and they told me I would have to sing five songs. I asked if I could choose and they agreed. So these will be: ‘Hush’, ‘When a Blind Man Cries’, ‘Perfect Strangers’, obviously’ Smoke on the Water ‘and suggested’ Pictures of Home ‘, because they have a great arrangement for the orchestra,” he said.