In a recent interview with the Irish Times, Iron Maiden’s frontman Bruce Dickinson revealed his views on the band’s first two albums. 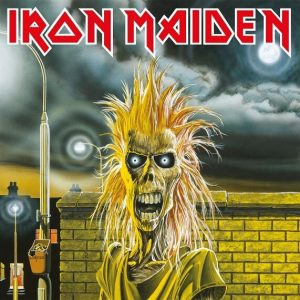 “Steve Harris wanted Killers producer Martin Birch to make the first record, but they did not talk to him because they did not think he would be interested.”

“Steve always regretted the production of the first album. Ironically, people thought Iron Maiden was punk because the first album sounds like shit. We should never have sounded like a punk band. Steve hated punk. I did not hate punk but, at the same time, it was never a big deal to me.”

The self-titled Iron Maiden debut album was released by EMI on 14 April 1980 in the UK, and a few months later in North America, originally on Harvest/Capitol Records and subsequently Sanctuary Records/Columbia Records in the US. 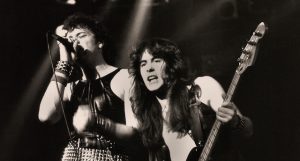 The North American version also included the song “Sanctuary”, previously released in the UK as a non-album single. In 1998, along with the rest of the band’s pre-1995 releases, Iron Maiden was remastered with “Sanctuary” added in all territories (but 2015 digital releases and all vinyl reissues use original tracklisting around the globe). It is the band’s only album to feature guitarist Dennis Stratton.

Although Iron Maiden have since criticized the quality of the album’s production, the release was met with critical and commercial success, debuting at No. 4 in the UK Albums Chart as well as achieving prominence for the band in mainland Europe.