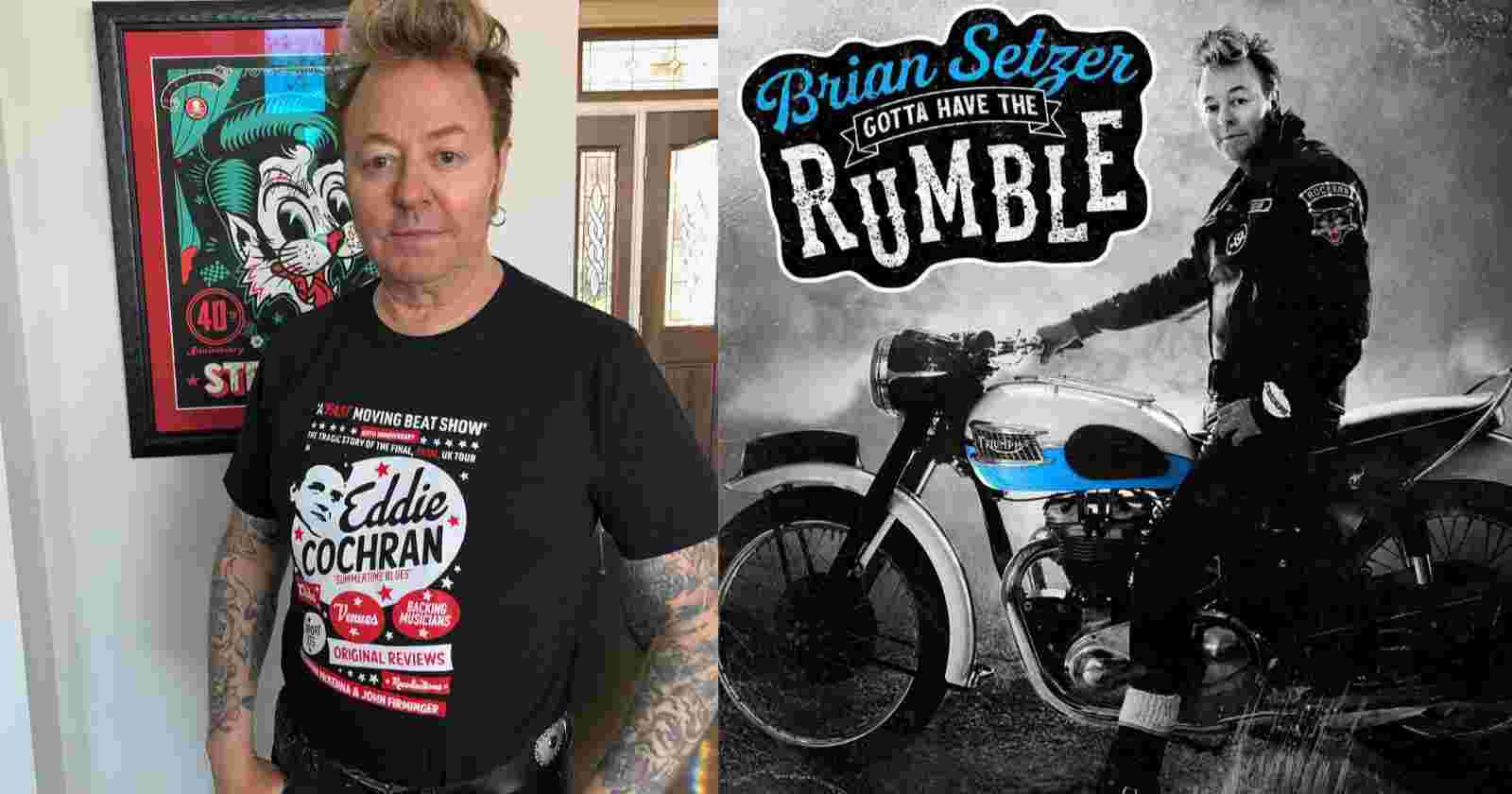 Stray Cats singer and guitarist Brian Setzer announced his new solo studio album called “Gotta Have the Rumble” and released the first single “Checkered Flag”. The album will be out by Surfdog Records on August 27.

Talking about the album, Setzer said:

“Obviously, it’s a reference to my motorcycles and hot rods, something that hasn’t changed since I was 15 years old. I still have the same passion for going fast and adrenaline. But it’s also about my hearing problems with tinnitus – the ringing of the ear: it was pretty bad, and I realized I couldn’t play the way I wanted to.”

“As I recovered, standing in front of a small amplifier just didn’t cut it,” he continued. “The sound from my big amps makes the guitar rumble. Which is a big part of my sound. I was really despondent for a while because I thought I wouldn’t be able to do that again. So, Gotta Have the Rumble refers to both of those things.”

The album, will have 11 songs written or co-written by the rockabilly icon and was recorded in Minneapolis. The producer is Julian Raymond that already worked with Cheap Trick and Glen Campbell.

“Gotta Have the Rumble” tracklist: