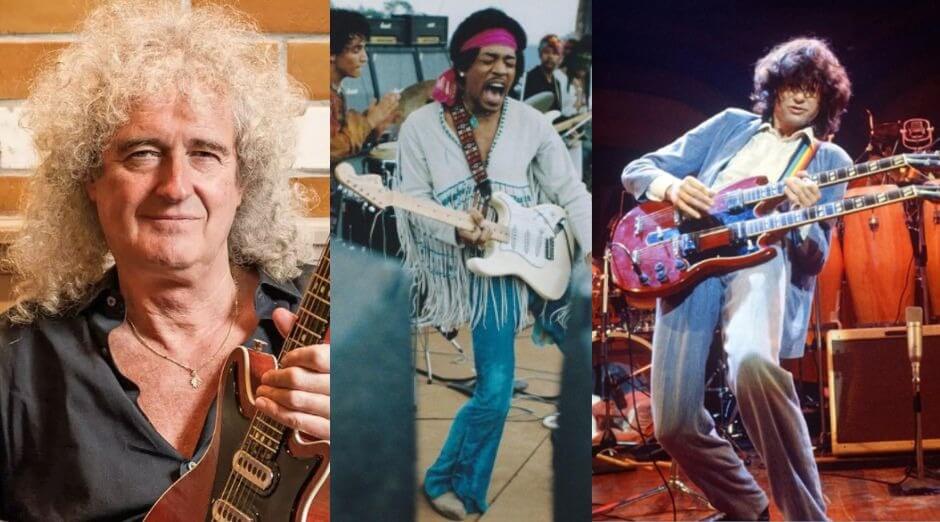 Queen’s Brian May was recently elected the best guitarist of all time on a poll made by Guitar World. On the competition he had more votes than names like Jimi Hendrix and Jimmy Page. Now, in an new interview with the magazine the guitarist shared his opinion on Hendrix and Page.

Brian May talked about being elected the best and gives his opinion on Jimmy Page and Jimi Hendrix:

“I’m absolutely speechless. I’m blown away. I have to say it’s completely unexpected. Obviously I’m deeply touched that people feel that way about me. I’m not under any illusions that, technically, I’m even on the tree of great guitarists.”

“I guess this tells me that what I’ve done has affected people, and that means a great deal to me. So I will never claim to be a great guitarist in the sense of, you know, a virtuoso. I guess I just try to play from my heart and that’s about it.”

Perhaps you’d like to reflect on the players who came behind you in our poll? Jimi Hendrix was second. 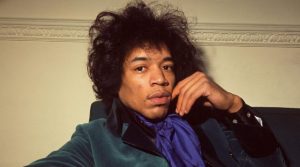 “Oh my god! Well, it is very humbling. Jimi is, of course, my number one. And I’ve always said that. To me, he’s still something superhuman. It’s like he really did come from an alien planet, and I will never know quite how he did what he did.”

“And every time I go back to Hendrix, I’m thrilled and stunned, and I get that feeling all over again, like either I’m going to give up playing guitar because I can’t face up to this, or I’m gonna really have to get into it in a big way and try and do what is in my own body and soul. I never stop learning from Jimi. Strangely enough, these days I very seldom play his stuff but it’s kind of inside me anyway,” Brian May said.

I think that’s the same for a lot of people, isn’t it? Jimi’s part of the backdrop of guitar music.

“Yeah. So I’m deeply honored. I never would have thought the day would come. I know my dad would have had a wry smile on his face.”

A few of the other players in the poll will also resonate with you. After Hendrix was Jimmy Page. How did he influence you? 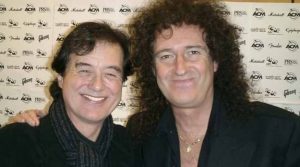 “He’s almost my generation, but a little bit older, and we went to the same primary school, although he was, I think, two or three years above me – and that’s a lot when you’re small. So I always looked up to him, I gotta say because he’s kind of a local boy to me.”

“Strangely enough, we live quite close to each other at the moment. To me, he’s a master of invention, that’s what I would say. And he’s a major, major force in defining what heavy rock became as it was being born. I never get fed up of listening to those Zeppelin albums, and I never will.”

“And it’s a funny feeling as well, because we were boys trying to do our thing and hoping that one day we might be rock stars and live their life, and listening to ‘Communication Breakdown’ and ‘Good Times Bad Times,’ I remember I had that feeling of, ‘Oh my god, he’s doing what I want to do and I either have to give up or else I have to try bloody hard.'”

Do you feel there are any parallels between Page and yourself, given that you went to the same school?

“There must be something in the water around that Richmond and Twickenham and Feltham area because The Yardbirds came from there, as you probably know, most of them. Two of them went to my school, Chris Dreja, and the bass player Paul Samwell-Smith. And also The Rolling Stones, of course, and also Clapton is not far away, so I was incredibly lucky.”

It’s funny you mention Eric. He came fourth in the poll!

“Well, I’m kind of embarrassed because Eric is still my hero, of course. And it’s just wonderful. It’s like when the people at the Oscars say, ‘It’s great to be in this kind of company.’ What an amazing honor,” Brian May said.