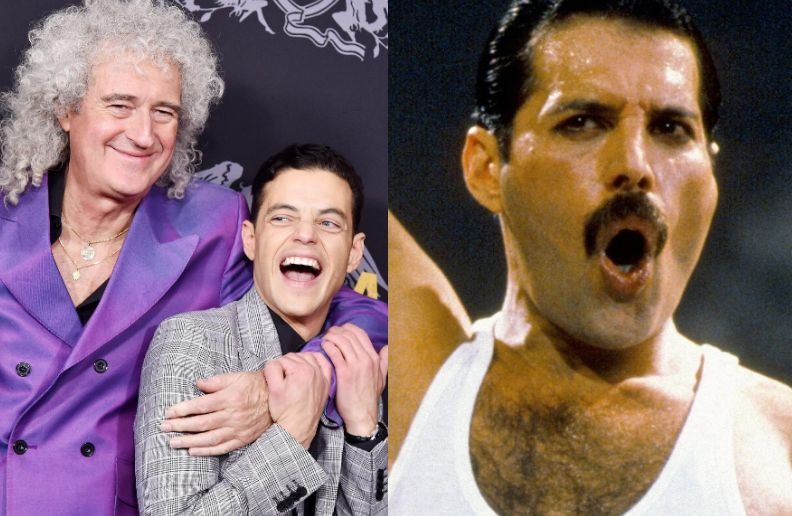 In an interview with Classic Rock magazine about “Bohemian Rhapsody”, Queen’s biopic of his co-production with drummer Roger Taylor, Brian May, legendary guitarist  was asked if Freddie Mercury would approved the movie with Rami Malek.

“I do. I think he would have felt it was a fair cop, really. It shows all his greatness and all his fallibility and insecurity – the whole bit. I think it shows him very truthfully and not sycophantically, but in a way that appreciates his talent.

“Because he was sure was unique. I’ve never met anybody like Freddie in my life, before or since, and it’s probably not going to happen again.”

Do you think Freddie could have been a good film star?

“He didn’t like repeating stuff. Patience was not one of Freddie’s virtues. I think he would have found it difficult turning up every day on the set. I don’t think that would have lasted long. [Laughs]”

“Bohemian Rhapsody, has surpassed the $ 500 million mark at the world box office. The film, launched in early November, reached the $ 539 million late last week. The impressive amount of “Bohemian Rhapsody” already is, quite isolated, the most successful musical cinebiography in the history of cinema. Until then, the top was occupied by “Straight Outta Compton: The History of N.W.A.” (US $ 201 million) and “Johnny & June” (US $ 186.4 million). See more News