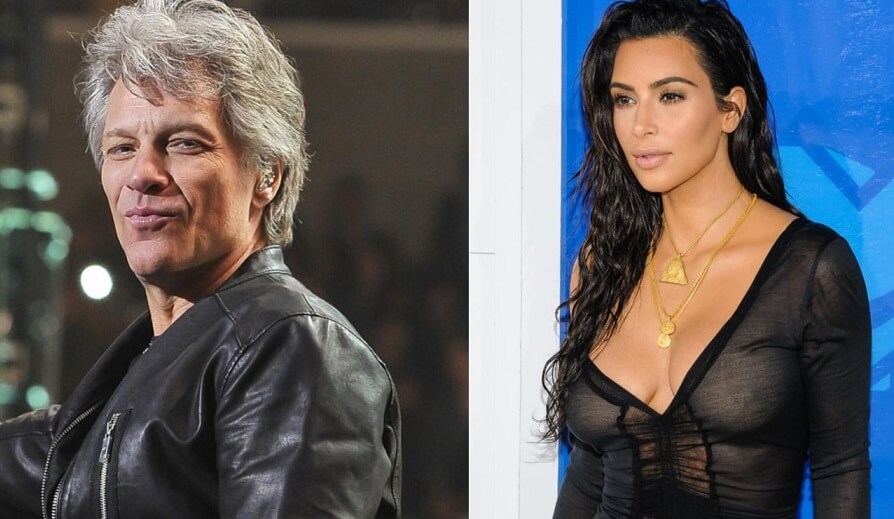 Bon Jovi gave an interview for Australia’s The Sunday Project and said he doesn’t like celebrities like Kim Kardashian. He said that she recorded a pornographic tape and became famous, being today one of the best known celebrities on the planet, both because of the attention that his life receives in reality shows and because of the relationship with rapper Kanye West, with who has been married since 2014.

“I think it’s horrific that we live in that world, and I can tell you I’ve never given 60 seconds of my life, ever, to one of those ‘Housewives of Blah Blah’ and ‘Kardashians’ this,” he said. “I don’t know their names. I’ve never watched 60 seconds of the show. It’s not for me.”

“Go and write a book, paint a painting, act, study, sing, play write,” he said. “Having a kid tell me ‘I want to be famous,’ and I say, ‘Why?’ Fame is a byproduct of writing a good song.”

One of the best known celebrities in the United States began to gain fame when it became friend of another young American who also gained notoriety due to a sex tape, the millionaire Paris Hilton.

In 2007 a Kim recorded having sex with singer Ray J, leaked and eventually catapulted his name to gossiping programs and websites around the world. In the same year she premiered the reality show “Keeping Up With The Kardashians” on Channel E !, where people follow the life of Kim and her sisters, Kourtney and Khloé, as well as half sisters Kendall and Kylie Jenner.