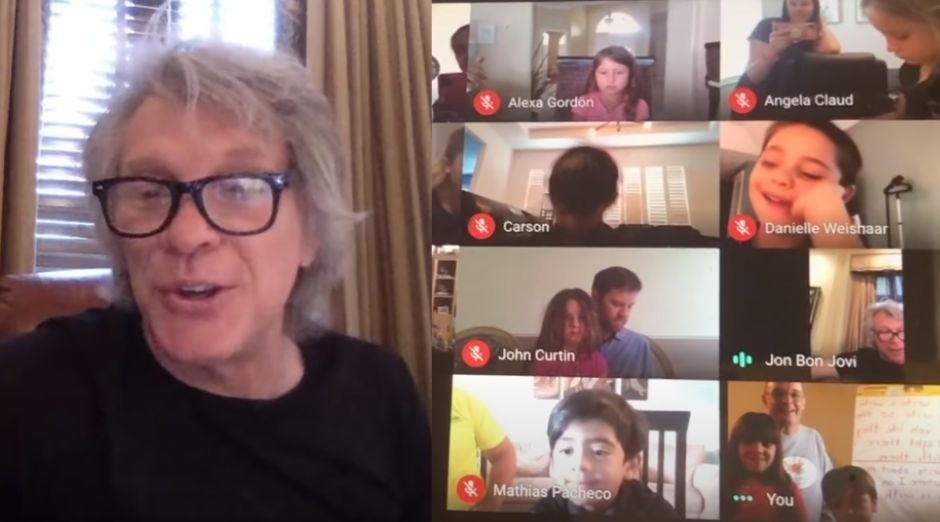 When he appeared, Bon Jovi said:

“Mr. B put you to write, and I was very excited to hear that. Because if you put your feelings on paper, sometimes they become music. Sometimes they turn into stories, and you never know where it might take you.”

Of course, Bon Jovi also took the opportunity to sing with the kids. We wrote melodies based on the things written by the little ones and the song “Do What You Can” had parts of things the kids have written in the class.

Watch him appears by surprise in kindergarten class call:

This is just another chapter of Jon Bon Jovi doing his part against the coronavirus. He first appeared doing the dishes at his community restaurant, JBJ Soul Kitchen, and then participated in an action by the citizens of Chicago who sang the hit “Livin’ on a Prayer ”from their backyards and balconies during the quarantine.

The classic rock band was directly affected by the coronavirus. Keyboardist David Bryan warned that he contracted the disease and asked people not to be afraid, but stressed that we need to help each other and maintain isolation.