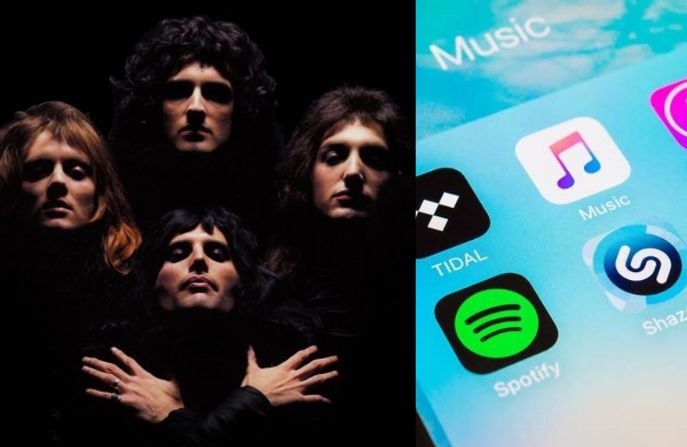 The iconic single from Queen “Bohemian Rhapsody,” became the music of the 20th century with more streamings. Is also the classic rock song with that were more streamed.

On Monday, December 10, Universal Music announced that the track gained more than 1.6 billion transmissions. The numbers is from all registered streaming services, such as Spotify, Apple Music and Deezer. Also counts the official transmissions of music and videos in Youtube.

The song was ahead of Nirvana’s “Smells Like Teen Spirit”, “Sweet Child O ‘Mine” and “November Rain” by Guns N’ Roses and “Take On Me” by A-ha.

The popularity of “Bohemian Rhapsody” has increased because of the success of the biopic of the same name. That is the most lucrative musical biopic in history.

Guitarist Brian May said in testimony: “So the rock river metamorphosed into streams! Very happy that our music is still following the flow to the masses!”