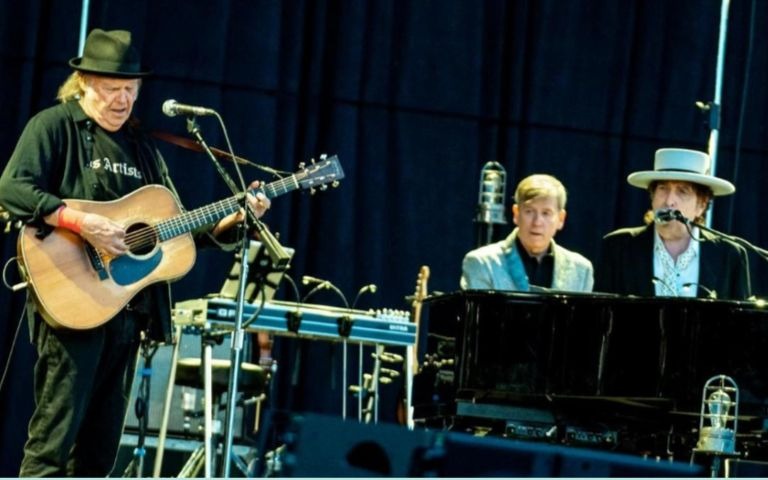 A historic moment in music took place on July 14, as Bob Dylan and Neil Young met on stage. The singers performed together in Nowlan Park, Ireland, and Dylan used his show to call Young on stage. There they sang the classic Christian song “Will the Circle Be Unbroken”, created in 1907 and re-recorded by several artists such as Johnny & June.

This was the first time since 1994 that the two legends were put together in a presentation.

The song was also a rarity, since Dylan has not played it live since 1976 on their historic Rolling Thunder Revue tour. The previous year, Neil Young had already performed the track with Bob at a benefit show.

“Will the Circle Be Unbroken?” is a popular Christian hymn written in 1907 by Ada R. Habershon with music by Charles H. Gabriel. The song is often recorded unattributed and, because of its age, has lapsed into the public domain. Most of the chorus appears in the later songs “Can the Circle Be Unbroken” and “Daddy Sang Bass”.

The Ballad Index notes that the tune now commonly sung differs substantially from the original tune by Gabriel. It also notes the first known recording of this variant, by the Metropolitan Quartet in 1927.