Born in Birmingham, Geezer Butler has always been a fanatical fan of Aston Villa, so much so that during Black Sabbath’s induction into the Rock Roll Roll of Fame he released an “Up the Villa!” On the stage of the ceremony. 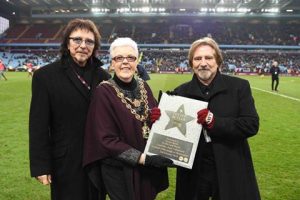 This passion was rewarded, with the bass being awarded on the team’s Walk of Fame. The prize was given to Geezer before the match between Aston Villa and Burton Albion at Villa Park Stadium in Birmingham this past Saturday, February 3rd. 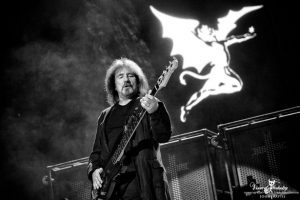 The main title of the team is the European Cup 1981-82, name for which the future UEFA Champions League was known at the time. Currently Aston Villa dispute and English second division and is in 3rd position, struggling to return to the Premier League. John Terry, former Chelsea defender, is the captain of the team.