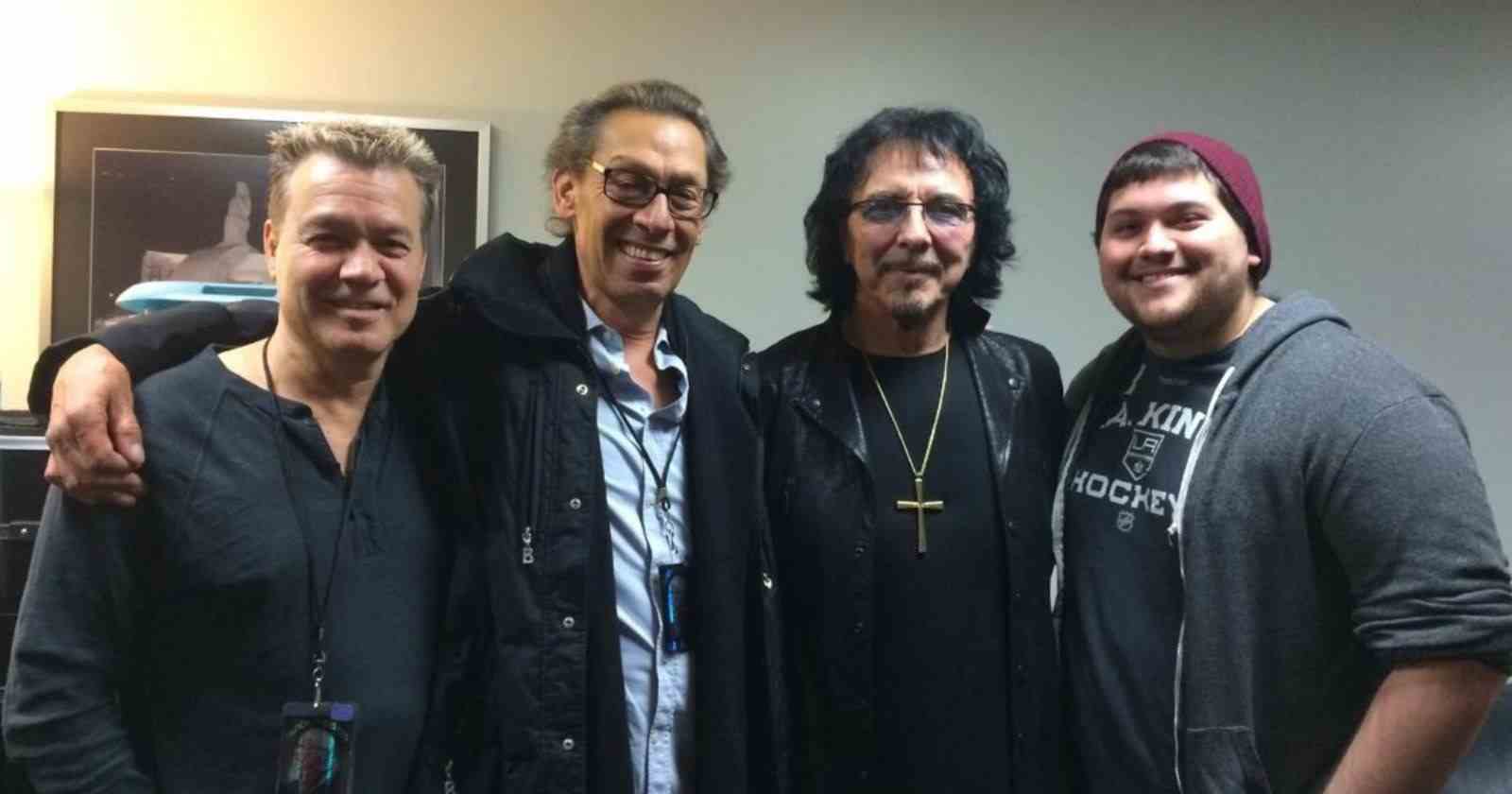 Black Sabbath guitarist Tony Iommi met Eddie Van Halen when Van Halen toured with Sabbath back in the 70’s. The musicians became friends and in an interview with Rolling Stone Iommi revealed his favorite record of the band and about Eddie being a big Sabbath fan.

“I like the first album. They used to play that on the tour every night; they played that whole album basically. And it sounded exactly the same. They were really good. But I always liked his playing. You can’t fault that. And the funny thing is, we were talking, and I didn’t realize. … I said, “I can’t read music.” He said, “I don’t either. It’s all off-the-cuff stuff.” He’d learned to play without music. I went, “Blimey. Same as me.””

Did he ever tell you much about his love of Sabbath? At one point he wanted to call Van Halen “Rat Salad,” after one of your song titles.

“Yeah, they used to play Sabbath stuff. He did talk to me about it. He was a big fan. Basically, we were fans of each other, really. He was such a humble guy. He would talk, “How did you play this song? Am I playing it right?” I remember when we jammed together and we started playing “Into the Void,” I said, “No, it’s not like that.” And he goes, “Oh, how’s it go?” And of course then he got it. But they used to play a lot of Sabbath stuff apparently.

You were such close friends. Were you in touch with him recently? 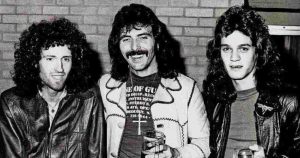 “Yes, I had an email from him just before he went into hospital, I think. He told me about his throat. But he hasn’t been well for quite a while, has he? It’s amazing how he managed to fight all that for years now. I’m amazed how he was able to handle that.”

Is there any way to measure Ed’s impact on music?

“He’s had probably one of the biggest influences that you could have on people, from his generation onwards. He came up with something completely different. How hard is that, to come up with something different guitar-wise? I think he’s inspired so many people. There’s millions of people out there all trying to do that tapping stuff and play like Eddie and play Eddie’s solos. I think he’s had a huge impression on millions and millions of guitar players.”

For all of his influence, he seemed like a down-to-earth guy, too.

“Oh, God. He was such a lovely guy. He was really shy as well. We had some great times. And some of his emails he sent me, you’d almost want to cry. He was so humble and so nice. We felt for each other. We had this thing where we’d finish up the email, “God bless.” All the nice things. He was just genuinely a great person. He wouldn’t bullshit you or anything. And every time you’d meet him, he’d throw his arms around you and really show his affection. Really lovely bloke. He’ll be very, very missed.”