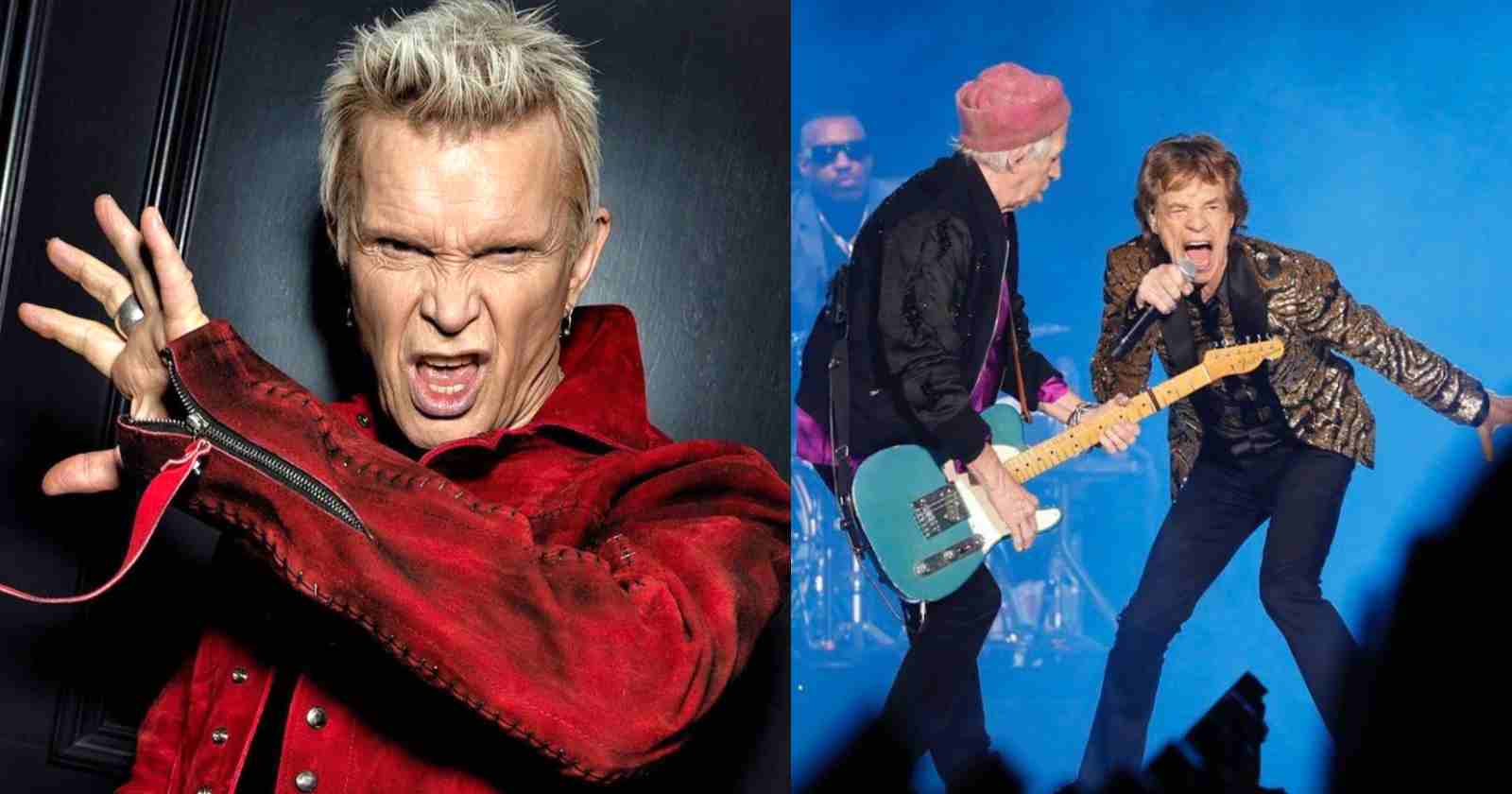 Singer Billy Idol explained in an interview with  Sounds of the 80s with Gary Davies (Transcribed by Rock and Roll Garage) how after going to a Rolling Stones birthday party and seeing Mick Jagger, Keith Richards and Ronnie Wood drinking a bottle inspired him to write one of his biggest hits “Rebel Yell”, released on the album of the same name in 1983.

“My ultimate ’80s song is ‘Rebel Yell,’ by me! How would I finish the show? It would never end, I would just have to keep going until everyone is just tired out! But this way with this song we can do it in one go.”

“I went to this party in 1983, I think it was one of The Rolling Stones‘ birthday, at one point there were standing in front of me – Keith Richards, Ronnie Wood, and Mick Jagger, and they were all drinking this bottle of brown stuff, great big bottle.”

“I kinda followed the bottle up to their lips and was just wondering, ‘What is this stuff they are drinking from this big bottle?’ And I could see a label, there was this cavalier officer riding away with a floom in his hat, a simple war cavalier… I could see the title ‘Rebel Yell.'”

“I was trying to write songs for the new album, I had no idea what to call it. So I said, I was fishing, you know. So I said, ‘Did you have this made up?’ They said, ‘No, no, this is something made in Kentucky…, it’s a Bourbon’”

“‘But, ‘Rebel Yell,’ did you blokes think of using it as a song title?’ And they kind of looked at each other, ‘No, I don’t think we would use that.’ Of course, it was in my mind that I could use that, and I won’t make it about American Civil War. I’ll make it about a cry of love.”

“And I went home that night, and the next day, just did my bit and wrote as much as I could, and I took it to Steve Stevens, who had a rehearsal room, and we kinda had the intro, which became the middle bit, we just had a killer song. Then later we recorded it with Keith Forsey, and it came out fantastic, the kind of end piece. And I’ve been doing it ever since. So here we go”