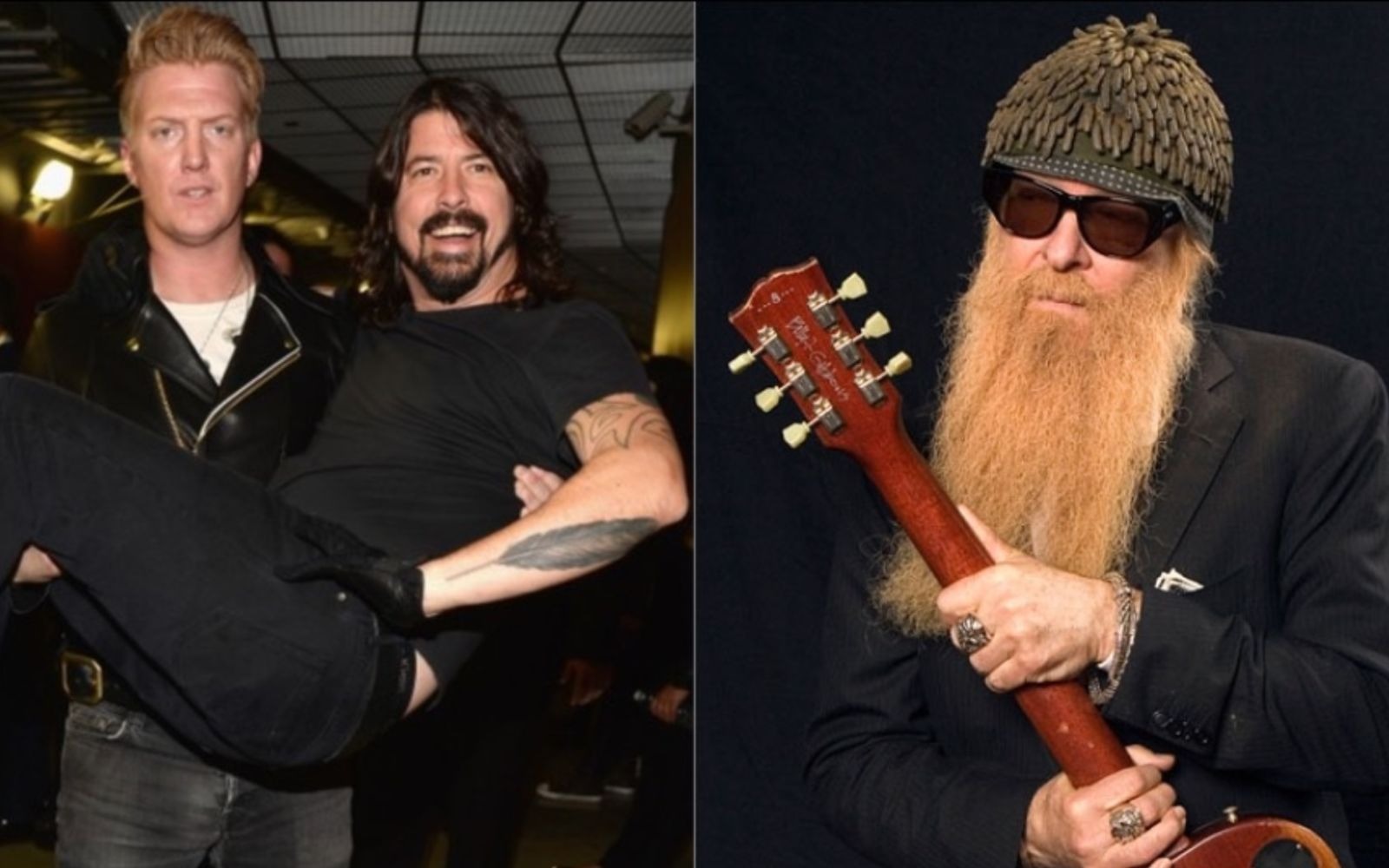 The leader of Queens Of The Stone Age had already signaled that he was working on new songs and now the one who talked about it was Billy Gibbons, guitarist and vocalist of the legendary rock and roll band ZZ Top.

In an interview for the eonline, he told about how he joined Homme in the desert to record new songs that also had the participation of Dave Grohl, and even said that it was a new album by Queens Of Stone Age:

“Just a month ago I was recording a record with Queens Of The Stone Age and Dave Grohl was also there and decided to make a huge barbecue. It was an interesting meeting.”

Gibbons was asked about the recording and whether it really would be a Queens Of The Stone Age record, and he said yes, but all the signs indicate that he has confused the project with the Desert Sessions, released by Josh Homme throughout his career just having special appearances in recordings in the California desert.

It is unlikely that QOTSA will be recording a new album, since its members are involved in other projects: Michael Shuman, the bassist, is launching a new disc with Mini Mansions and will tour with them, while Dean Fertita, guitarist, will travel with The Raconteurs.

In addition, Josh Homme has given several hints about a new edition of the Desert Sessions and recently Dave Grohl and steve on their Apple Music radio show, saying he would like to be in one of them.

Billy Gibbons talked about the process:

“We went to the desert to work only on two tracks and I was out there when Josh came out of the studio carrying a box that was making a strange noise, and I asked, ‘Hey, what’s this?’ And he said; ‘I don’t know, I just found’; so I said, ‘Don’t touch anything, let’s use it for music!’ And that’s how it started.”

The last edition of the Desert Sessions came in 2003 with Volume 10: I Heart Disco.

It was “In My Head … or Something” which eventually entered the album Lullabies To Paralyze, released by Queens Of The Stone Age 2005, as “In My Head”.