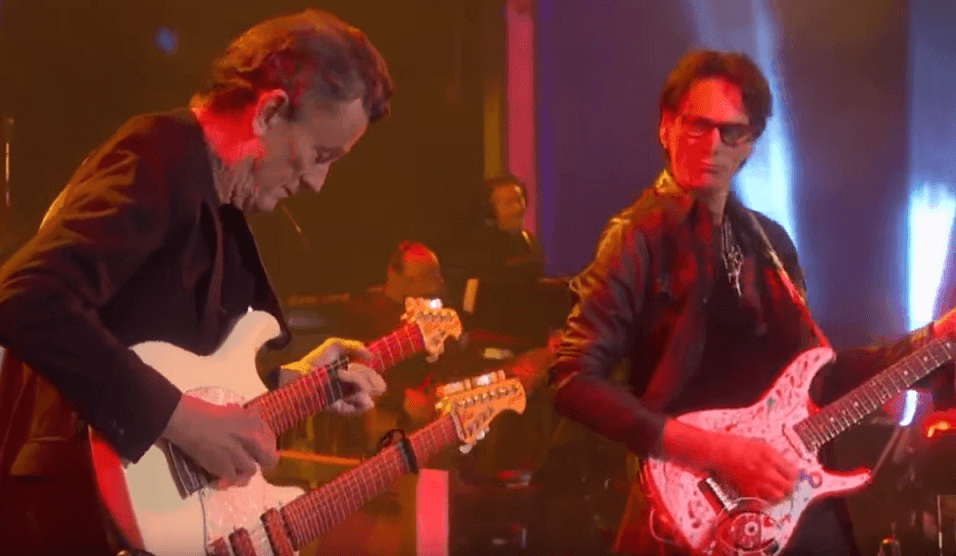 The annual broadcast usually featured one emotional performance (Remember when Heart completely crushed “Stairway to Heaven” as Jimmy Page, Robert Plant and John Paul Jones looked on in 2012?), and December 27 was no exception.

Let’s get right to the business end of things: The truncated guitar solo gets off the ground at 2:35. Smith, who was hired by the Eagles in 2001 to replace Don Felder, kicks things off, followed by Vai at 2:49. Then they jump right into the famous dual-guitar section and wrap things up after a single go-around.

Although Walsh, Henley and Schmit nod their obvious approval at various points, one can’t help but miss Eagles co-founder Glenn Frey, who died in January 2016—one of many celebrity deaths that year—at age 67.

Back In Time: Ozzy Osbourne rocks US Festival with “Over The Mountain”
Great Forgotten Songs #30 – The Kinks “Living On a Thin Line”
Advertisement
To Top