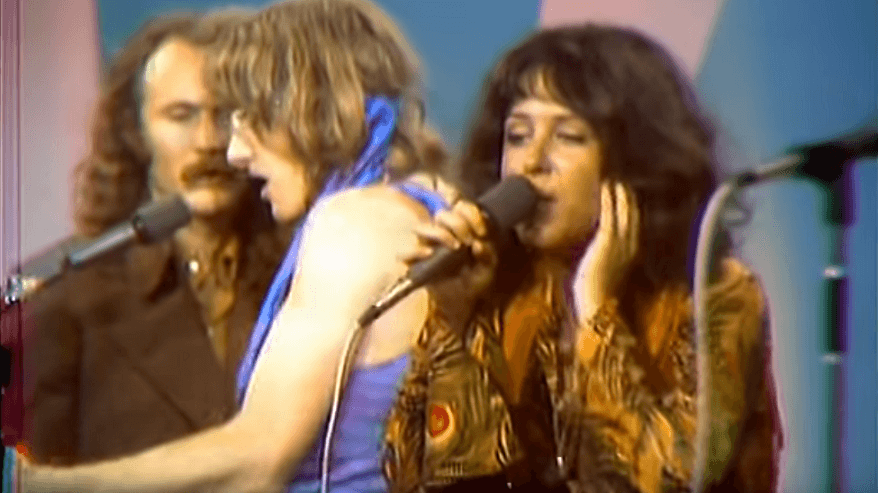 Jefferson Airplane was based in San Francisco, California, and pioneered psychedelic rock. Formed in 1965, the group defined the San Francisco Sound and was the first from the Bay Area to achieve international commercial success.

They were headliners at the three most famous American rock festivals of the 1960s—Monterey (1967), Woodstock (1969) and Altamont (1969)—and the first Isle of Wight Festival (1968) [1] in England. Their 1967 break-out album Surrealistic Pillow ranks on the short list of the most significant recordings of the “Summer of Love”. Two songs from that album, “Somebody to Love” and “White Rabbit”, are among Rolling Stone’s “500 Greatest Songs of All Time.”

In this video below you can watch a great performance on The Dick Cavett show in the 60s, with David Crosby from The Byrds.

Marty Balin left the band in 1971. After 1972, Jefferson Airplane effectively split into two groups. Kaukonen and Casady moved on full time to their own band, Hot Tuna. Slick, Kantner, and the remaining members of Jefferson Airplane recruited new members and regrouped as Jefferson Starship in 1974, with Marty Balin eventually joining them.

Jefferson Airplane was inducted into the Rock and Roll Hall of Fame in 1996 and was presented with the Grammy Lifetime Achievement Award in 2016.