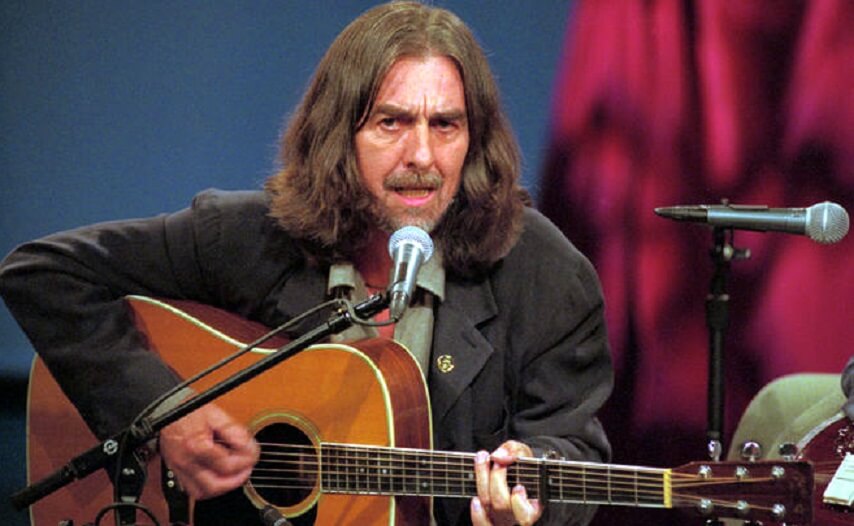 Back in 1997, George Harrison gave an outstanding and rare live performance of his classic solo career song “All Things Must Pass” on VH1. It was George’s last live performance before his death.

The song was released in 1970 and it was the title track of the album of the same name. The track was first released by Billy Preston and it was called “All Things (Must) Pass” on his Apple Records album “Encouraging Words” (1970). The Beatles rejected to include the song on “Let It Be”.

And reflects the influence of the Band’s sound and communal music-making on Harrison, after he had spent time with the group in Woodstock, New York, in 1968, while Timothy Leary’s poem “All Things Pass”, a psychedelic adaptation of the Tao Te Ching, provided inspiration for his song lyrics. That’s why the song talks about the transient nature of human existence, and in Harrison’s All Things Must Pass reading, words and music combine to reflect impressions of optimism against fatalism.

Like his friend Eric Clapton, George Harrison was inspired by Music from Big Pink, the seminal debut album, from the Band, the former backing group for Bob Dylan. Released in July 1968, Music from Big Pink was partly responsible for Harrison’s return to the guitar, his first instrument, after he had spent two years attempting to master the more complex Indian sitar.