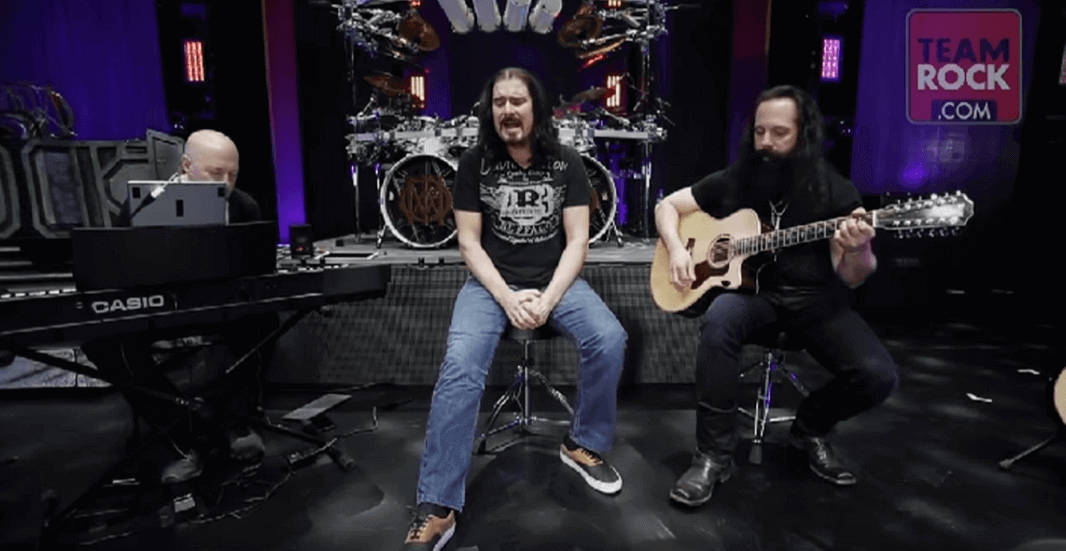 Back in 2016, the prog rockers John Petrucci (on a 12-string Taylor acoustic), Jordan Rudess and James LaBrie from Dream Theater performed Pink Floyd’s “Wish You Were Here” at a studio in Oslo, Norway.

“Wish You Were Here” is the fourth track from the studio album Wish You Were Here by Pink Floyd. His lyrics are, as a good part of the album, addressed to Syd Barrett, though it can be interpreted as an outburst of one person who misses another.

The riff that gave rise to the song was created by David Gilmour during a session at Abbey Road Studios. Roger Waters wrote the lyrics and also worked on songwriting, alongside Gilmour.

“Wish You Were Here” was included in the 2001 compilation Echoes: The Best of Pink Floyd and released as digital single in 2013. In 2011, Rolling Stone magazine chose the song as the 324th best song of all time.