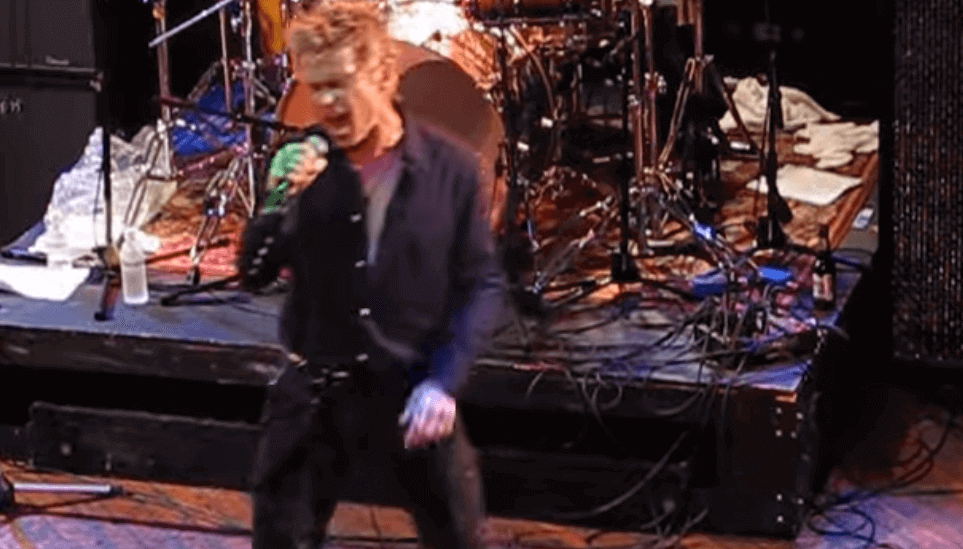 Back in 2009, in Hollywood, Billy Idol performed Van Halen’s “Ain’t Talking About Love” and it was really good.

“Ain’t Talkin’ ’bout Love” is a song by Van Halen from their 1978 debut album, Van Halen. When Eddie Van Halen wrote the song, he did not consider it good enough to show his bandmates until a year later. He said it was supposed to be a punk rock parody, “a stupid thing to us, just two chords. It didn’t end up sounding punk, but that was the intention.” The guitar solo was doubled in overdubs with an electric sitar.

British big beat group Apollo 440, sampled the lead guitar of the song for their single “Ain’t Talkin’ ’bout Dub” (1996), which was featured on their sophomore studio album Electro Glide in Blue (1997).

Rockers react to “Fast” Eddie Clarke’s death
Back In Time: Ozzy Osbourne rocks US Festival with “Over The Mountain”
Advertisement
To Top