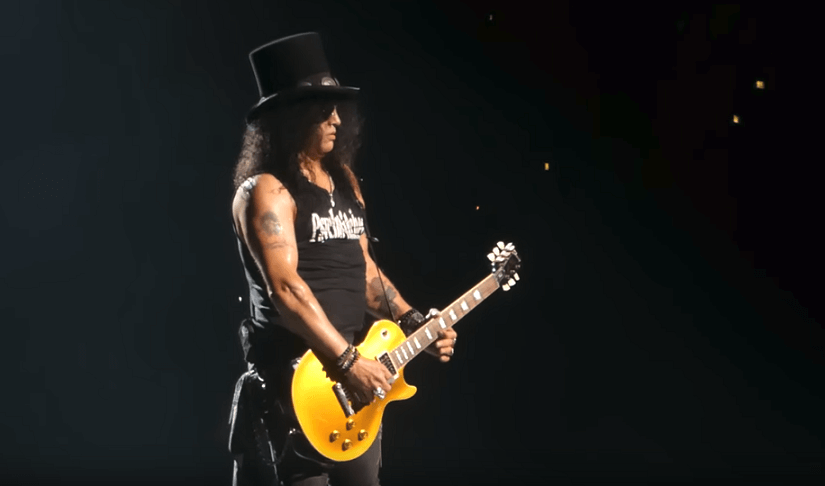 Back in October at the Wells Fargo Center in Philadelphia, PA, Slash paid tribute to the late legendary guitarist and singer Chuck Berry, playing his greatest hit “Johnny B. Goode” that was one of the first real rock and roll songs.

“Johnny B. Goode” was written in 1955 by Chuck Berry and releasedon March 31, 1958. The song became one of the most popular of the 50’s. The lyrics speak about a young singer at the beginning career.

The character Johnny B. Goode was inspired by a musical partner of Berry, Johnnie Johnson (who was actually pianist). The opening riff of “Johnny B. Goode” is essentially a note-the-note copy of the opening solo composed by Louis Jordan in the song “Is not That Just Like a Woman” (1946), played by guitarist Carl Hogan. 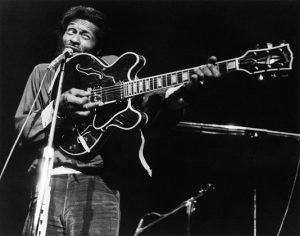 It was considered the 3rd best song of all time by the site Squidoo. Losing only by Stairway to Heaven from Led Zeppelin and Imagine from John Lennon.

In 1985, in the first film of the trilogy Back to the Future, the teenager Marty McFly (played by Michael J. Fox) on a dance in 1955, plays this song. The producers chose the song precisely because it was a date when the song was written and the film was played.

In this part of the movie, Marty McFly helps the band’s guitarist named “Marvin Berry.” After playing the romantic song Earth Angel, everyone asked Marty for an encore, and in that case he chose an “old song” from where he came from (1985).

Back In Time: Black Sabbath performs “Snowblind” in 1978
Dustin from Stranger Things conquer the internet with Foo Fighters cover
Advertisement
To Top