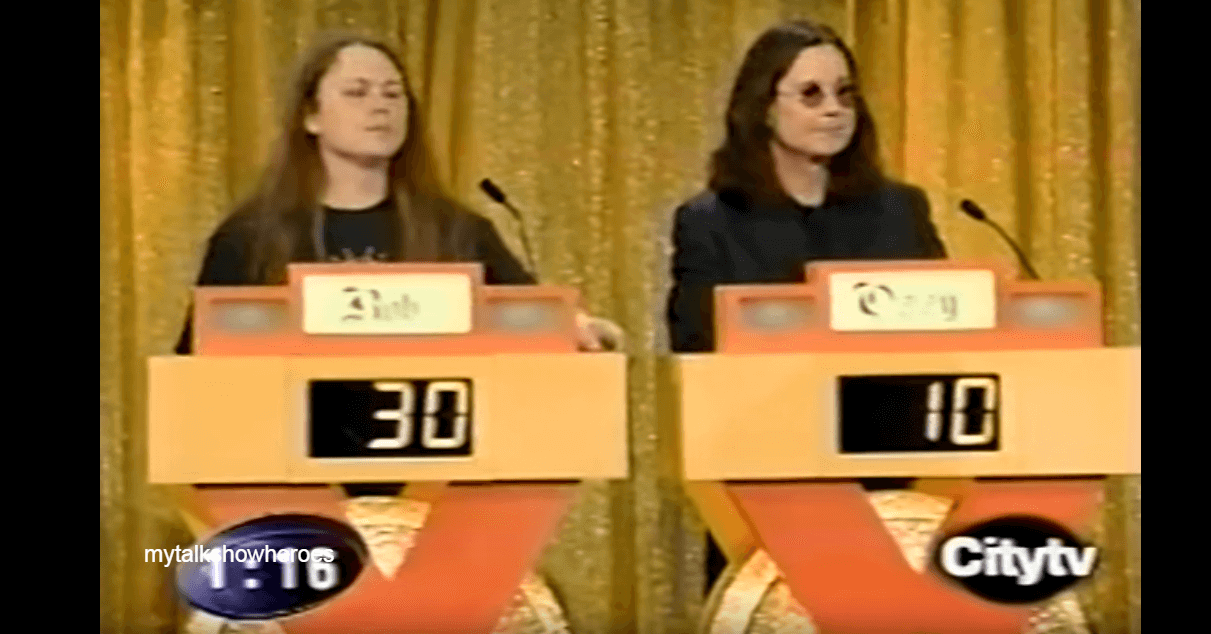 Back in 2005, Ozzy Osbourne was on Jimmy Kimmel Live! And played a trivia game with the superfan Robert Dwyer, webmaster of the Black Sabbath Live Project web site.

It was a tough competition, watch below and find out who won:

By the time, the fan talked about being on the show with ozzy:

“An incredible opportunity appeared for me on Wednesday night. I was sitting at my kitchen table eating dinner when the phone rang. Strangely enough, it was the producer for the ‘Jimmy Kimmel Live!’ show (on ABC) and he wanted to know if I’d be interested in appearing on the show with Ozzy on Friday night.”

Already punch drunk from the recent discovery of the Dumfries ’69, I sat there for a moment trying to determine whether I had somehow been transported into some other alternate universe by alien beings.”

“However, my wife (who usually prefers to disregard the names ‘Ozzy’ and ‘Black Sabbath’ when I pronounce them in EVERYDAY conversation) brought me to attention without requiring the use of smelling salts.“

‘You need to call him back as soon as possible if you want to go!!’ she implored with uncharacteristic interest. Heck, she was right. There’s no way I could miss out on this one.